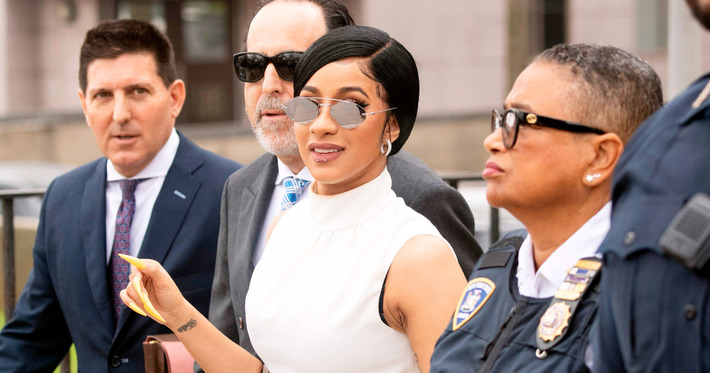 Rapper Cardi B rejected a plea deal Friday over allegedly roughing up two bartenders in a wild brawl at a Queens strip club last year.

Wearing a silky white outfit, diamond hoop earrings and long yellow nails, the Bronx-born star flashed a smile but said nothing as she appeared in Queens Criminal Court.

She faces misdemeanor assault and reckless endangerment charges for allegedly throwing a hookah and bottles of booze at bartender sisters Rachel Wattley, 21, and Sarah Wattley, 23, at Angels strip club in Flushing in August.

The “Bodak Yellow” rapper, whose real name is Belcalis Almánzar, is also accused of siccing members of her crew on the women because she believed they had sex with her husband, Offset. 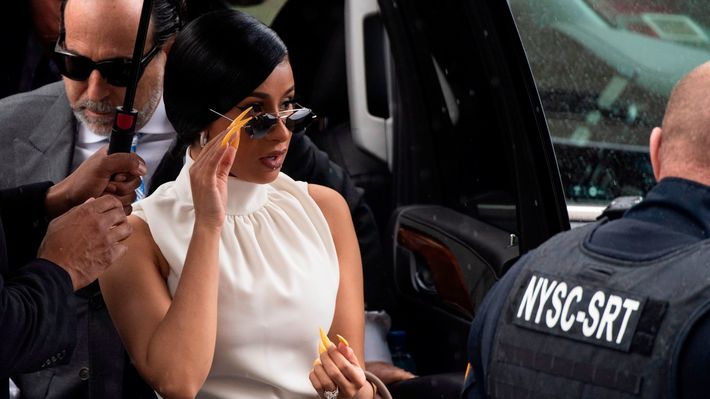 The 26-year-old former stripper also wore white palazzo pants, a large diamond ring and carried a Hermès Birkin bag. She waved and smiled briefly at a baby who was sitting in the courtroom.

As she passed through security, fans waved and screamed and one shouted, “You look stunning!”

She is scheduled to appear back in court on May 31.