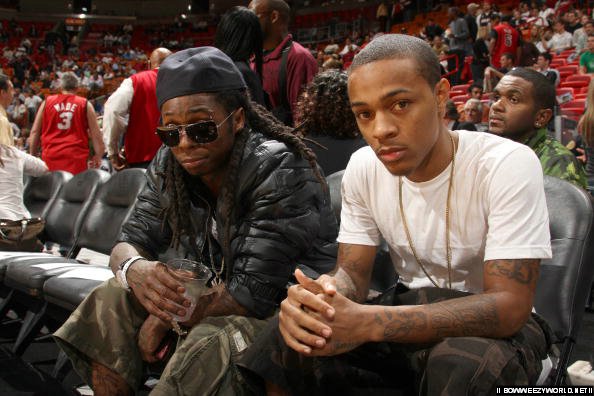 Bow Wow and Forest Whitaker have both said they're upset about the way the straight-to-DVD film, "Hurricane Season," also featuring Lil Wayne, was handled.

Shot in New Orleans in 2008, the movie focused on a local high school basketball team shortly after Hurricane Katrina. The picture, also featuring Isaiah Washington, Taraji P. Henson, Courtney B. Vance and Jackie Long, had a strong initial buzz, and the song Lil Wayne performed at the 2009 Grammy Awards, "Tie My Hands," was slated to be featured in the drama.

"My character's name is Lamont," Lil Wayne explained while sitting on the set in the middle of a gymnasium back in 2008. "The character is, I would say, a hustler. He goes to the school. He always bets against the school. He's trying to make the best bet. Anything to get money. He sells shoes. ... Towards the end of the movie, he makes his way to becoming a full-blown Patriots fan and representing the school he's with. He enjoys the Patriots as much as everybody else at the end of the day."

Bow was excited during the filming as well. "It's about believing," he said on the set two years ago. "We were a bad team. Forest comes in, gives his guidance ... we come together. That's what's important to us: come together as a unit and never give up hope. I play a kid named Gary who lost everything in the hurricane. I grew up with no father: just me, my little brother and my mom. I'm forced to hurry up and mature very fast. I have no choice, being that I am the second oldest in the house. I feel it is my job to also take care of the family and provide and, when times get tough, try to take that pain and stress way from my mom. And keep my little brother occupied so he has a clear conscience too."

However, despite its seeming box-office appeal, the film never hit theaters and went straight to DVD (it was released earlier this month), and was widely available on the Internet before its release.

"I was so disappointed with the Weinstein company," Bow told MTV News recently. "That's the film company studio that actually funded the film. I felt they did a poor job of not letting people know whatever move was. For me to look up and there's a 30-minute clip on [the Internet], that's embarrassing. I felt embarrassed, not only for myself but for my castmates too. A lot of them cats, it was their first movie. For us to do a film, it doesn't make sense to have me in it, Wayne in it, and Oscar-award winner [Forest Whitaker], it doesn't make sense for that movie to be passed around like that. And for people to go to a hip-hop Web site and view our movie? It's so disrespectful."

Whitaker recently told The Playlist that he thought the film not going to theaters was "a travesty.

"It's not just about me, the fact that they didn't do what they said they were going to do is amazing to me," he said. "I think that is modus operandi. But a lot of people are telling me they saw the video on DVD and really responded to it and don't understand why it wasn't released and I say, 'You'll have to talk to the Weinsteins [about that], I can't help you.' "

"I know I will never work with them again," he said. "Never again. It was very unprofessional how they went about it. They didn't call us — nobody — and tell us, 'We're gonna put it out on a DVD release.' The only way were getting information about it was on the Internet. That's messed up."

At press time, representatives for the Weinstein Company had not responded to MTV News' request for comment.

Bow Wow does have a movie named "Lottery Ticket" which is being produced by Ice Cube, due in theaters later this year. He also said he was in talks with Martin Lawrence to commence filming on a separate movie in March.