Blue Ivy Sings Along To 'Drunk in Love' During Grammys Rehearsal 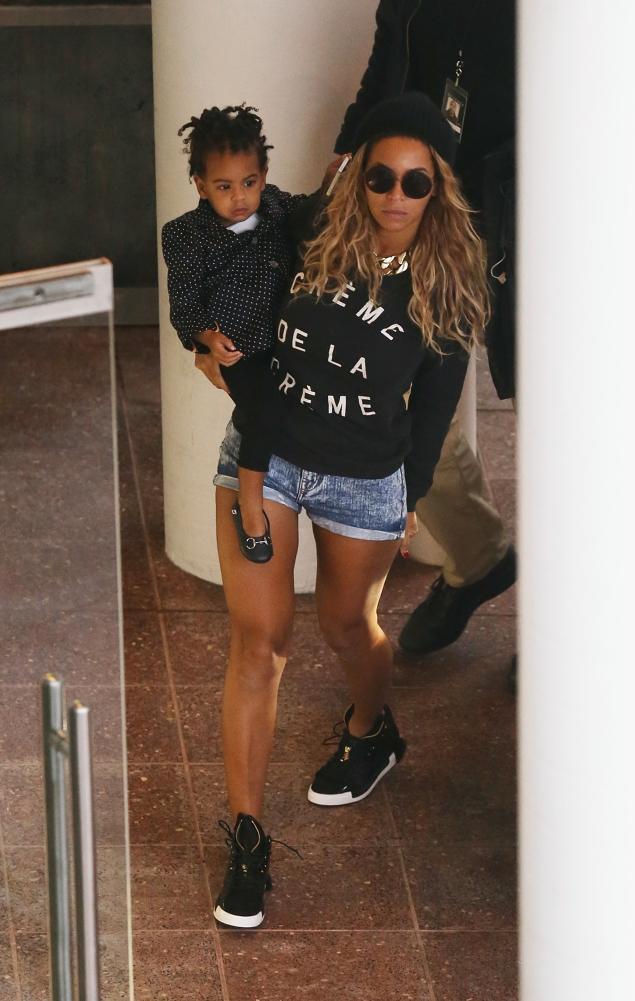 Blue Ivy's already getting into the singing game.
The 2-year-old daughter of Jay Z and Beyoncé was caught singing along to her mother's song "Drunk In Love" during a rehearsal for the Grammys.

In a video captured at the rehearsal, the little girl sang along to the word "Surfboard," a trick that made the usually professional Beyonce lose her composure.
"Hi Blue Blue!" Beyonce responded, grinning, as she posed on stage with her choreographer.

"Hi Mommy!" Blue Ivy replied. Beyoncé melted.
It may have been a pre-recorded segment for the performance that later got cut, but either way, it sure was cute.
The performance of the song that Beyoncé went with at the awards was a little less cute. Her “Drunk in Love” act with husband Jay Z was so risqué that the FCC received more than 40 indecency complaints after it aired.

A 2 year old is watching her moms shakin her scantly clad ass and listenin to her moms singin about gettin fu*ked. what has america come to?

Answer me this America! Are we winning or losing with this clip, cause I'm not sure!

Do you really want your 2 year old daughter singing about grinding on her surfboard when you know what it means?