OutKast rapper Big Boi felt the wrath of Twitter yesterday [Sunday, May 29] after he posted a meme about modern-day motherhood versus motherhood in the ’70s that outraged many.

The meme shows Florida Evans, the fictional character played by Esther Rolle in the ’70s TV show, Good Times, juxtaposed against a half-naked woman. Under Evans it says: “Mothers in the ’70s,” but under the second woman it says, “Mothers now.” Underneath, it reads “And we act like we don’t know what’s wrong with these kids.” 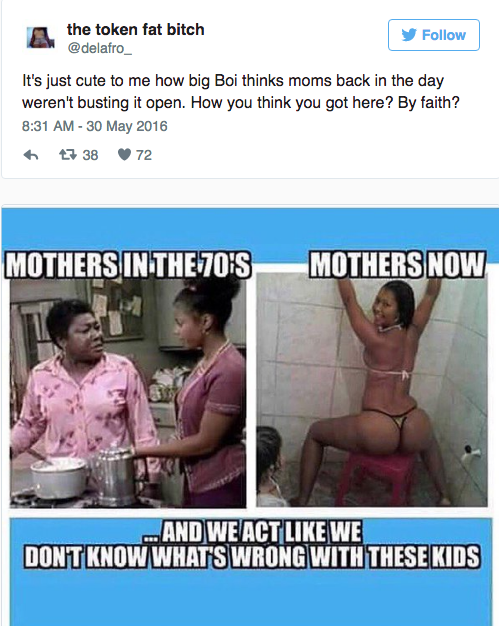 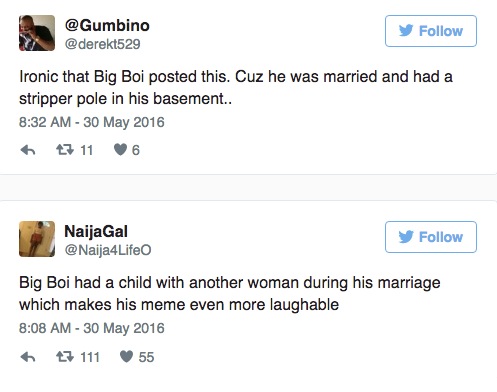