Beyonce's 'Drunk In Love' Debuts At No. 2 On Hot R&B/Hip-Hop Songs Chart 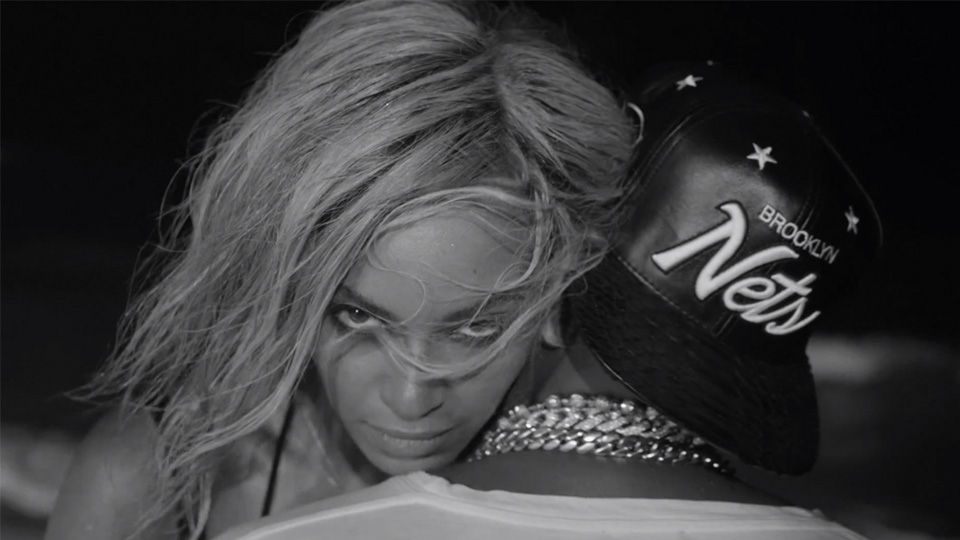 Just one week after "Beyonce" surprised the world and debuted at No. 1 on Top R&B/Hip-Hop Albums, its lead single "Drunk in Love," featuring Jay Z, opens at No. 2 on Hot R&B/Hip-Hop Songs. The addictive cut reached 23.3 million listeners on-air and garnered 6.3 million U.S. streams in the Dec. 18-24 Nielsen BDS tracking week. It also sold 61,000 downloads in its first week of availability, according to Nielsen SoundScan.
The confluence of activity nets Beyonce her highest debut yet, passing her featured turn on Usher's "Love in this Club Part II" which debuted at No. 14 in 2008. Her previous best opening as a lead artist was No. 20 with "Single Ladies (Put a Ring on It)" in 2008. ("Drunk In Love's" high debut is also aided by the chart's revised methodology, implemented in October of 2012.)

Eminem continues his No. 1 run atop the list with "The Monster," featuring Rihanna, posting an eighth consecutive leading week -- it debuted at the summit on Nov. 16 and has yet to vacate the perch. Drake's "Hold On, We're Going Home," featuring Majid Jordan, is displaced 2-3 by Beyonce's debut, as is Macklemore & Ryan Lewis' "White Walls," featuring Schoolboy Q and Hollis (3-4), Mike WiLL Made It's "23," featuring Miley Cyrus, Wiz Khalifa & Juicy J (4-5) and YG's "My Hitta," featuring Jeezy and Rich Homie Quan (5-6).