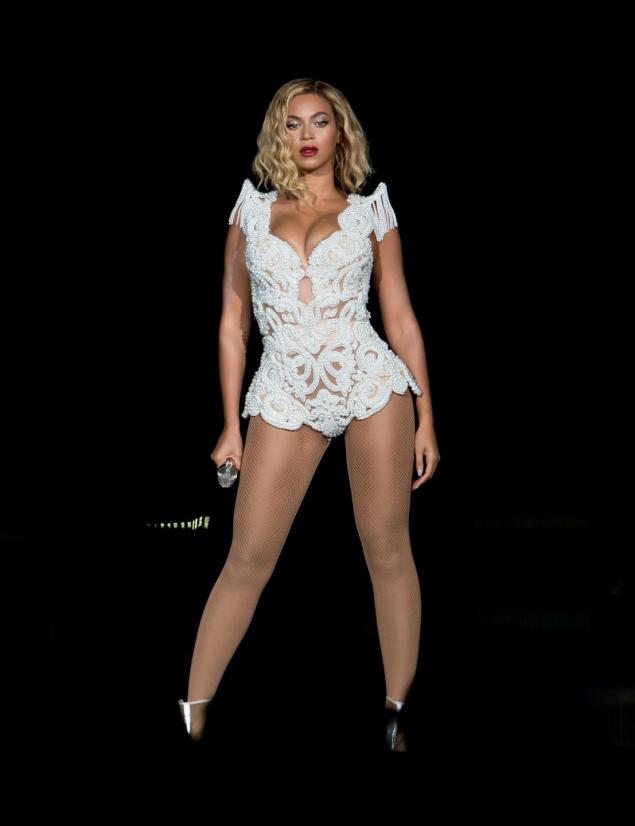 PHILADELPHIA -- Beyonce closed the first day of her husband Jay-Z's second annual music festival with a 90-minute set that featured hits like "Single Ladies (Put a Ring On It)" and "Crazy In Love."
Beyonce was the headline performer Saturday at the "Budweiser Made In America" festival in Philadelphia on the Benjamin Franklin Parkway that included 50,000 fans. She was excited and energetic as she sang and danced to songs that satisfied the crowd.

"Welcome to Made In America," she screamed. "Show me how loud you can be."

Beyonce performed more than a dozen songs on the main stage – much like her "Mrs. Carter World Tour," which wrapped in Brooklyn last month. She was a vocal powerhouse on songs like "If I Were a Boy" and "1+1" – where she sang on the floor – and like the Energizer Bunny during the up-tempo numbers "Get Me Bodied" and "End of Time." She closed with "Halo," kicking the song off with Whitney Houston's "I Will Always Love You."

The Grammy-winning singer – not a usual at the festival circuits – didn't perform any new material that could hint at a possible new album. Another surprise was Jay-Z: The rapper didn't join Beyonce onstage, though the two have a number of collaborations and he curated the festival. Her sister, Solange, who is part of the festival lineup Sunday, performed after an after-party at the Theater of Living Arts for a feverish crowd.

"I'd rather perform for a crowd of 50 that appreciate the music," she told the crowd of 200 people.

Deadmau5, Phoenix, Emeli Sande, HAIM, A$AP Rocky and others performed across three stages during the 10-hour event. Imagine Dragons were crowd favorites when singing the alternative-flavored hits "Radioactive" and "It's Time," while 2 Chainz was one of the most popular thanks to his many hits as a lead artist and guest star.

"This has been a beautiful night," Beyonce yelled after finishing her set. A fan replied: "You're beautiful!"