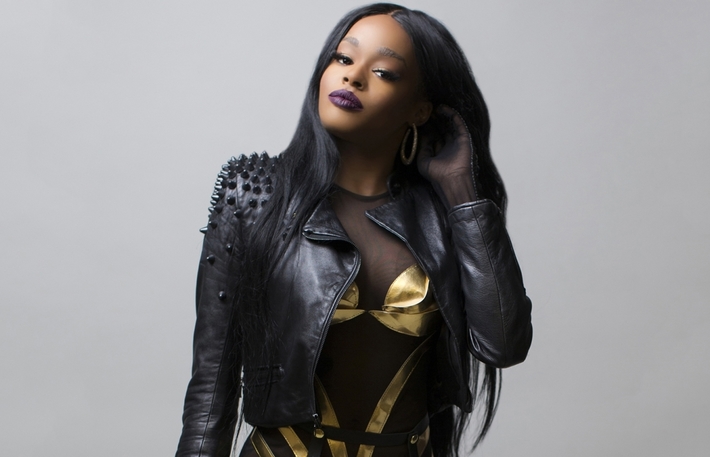 Banks, 29, admitted to digging up the remains of her three-months-passed cat, Lucifer, in a series of disturbing Instagram videos Tuesday morning, some of which she has since deleted.

“The cat went out with a f – – king bang . . . taking my b – – ch to Miami,” the “212” rapper said on Instagram, in which she shows off a shrine-like display that includes her unearthed cat’s skull, peacock feathers, a bottle of Champagne, a $100 bill and a mostly empty bottle of Chanel No. 5.

The ritual, which left many of her fans online confused and concerned, comes as Banks moves from her four-bedroom, two-bathroom Los Angeles home at 21801 San Miguel Street.

It was revealed that the modest 2,348-square-foot house in Woodland Hills, California, sold in a non-judicial foreclosure for $845,000 to an unknown buyer in November, according to the “bankruptcy sale” listing posted on Realtor.com, which describes the home as a “fixer-upper.”

Built in 1964, the one-story house has hardwood floors, vaulted wood ceilings, a fireplace, a balcony, an open floor plan, french doors and plenty of windows. The kitchen has cherry wood cabinetry and granite countertops. Outside, the house has a basketball hoop and a two-car garage and is surrounded by palm trees.

Banks bought the home in March 2016 for $850,000, but didn’t appear to be happy with her purchase — she listed the house only one month later, according to Realtor.com. She also reported repeated run-ins with neighbors, and in February 2020 she posted a harrowing video asking fans to come to her house after a neighbor allegedly threatened her with a gun.

Banks, who stirred drama between singer Grimes and her partner Elon Musk when she allegedly camped out at his LA compound, blamed California for many of her mental health issues. Those seemed to escalate this summer, when she scared fans by writing on Instagram, “I think I will end my tenure here on earth soon” in August.

The “Big Big Beat” singer has not disclosed the location of her new Miami home, and her reps did not respond to The Post’s request for comment.

“We got our ticket out of … California. Through all the … tears and suffering and … wildfires and … gender identity crisis … the girls is making it out,” she said on her Instagram. “I MADE IT OUT OF HELL. MIAMI, USA. LETS GOOOOOOOOOOO,” she captioned a video post.

Behnaz Tavakoli with Rodeo Realty represented both the buyer and the seller, according to Realtor.com.