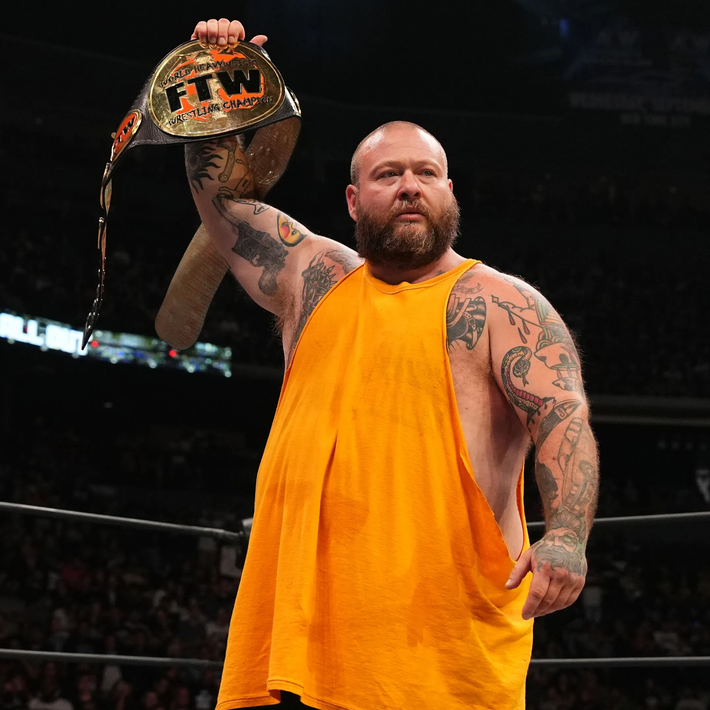 Action Bronson made his debut with All-Elite Wrestling this year at Grand Slam teaming up with Hook to beat Matt Menard and Angelo Parker in an awesome match. Bronson was legit impressive in the showdown throwing dudes over his shoulder and slamming them to the canvas in the entertaining appearance. this is a new career to add to his resume, Bronson says it's something he'd love to do but the clock is ticking. I'm an old man, bro. I'm an old man. But, I still got some good athleticism in me. Seven more years of athleticism if I play my cards right. I'm telling you. Bronson says he doesn't have one specific opponent in mind adding, "I see storylines galore. I feel like there's a storyline for the next 10 years with me.