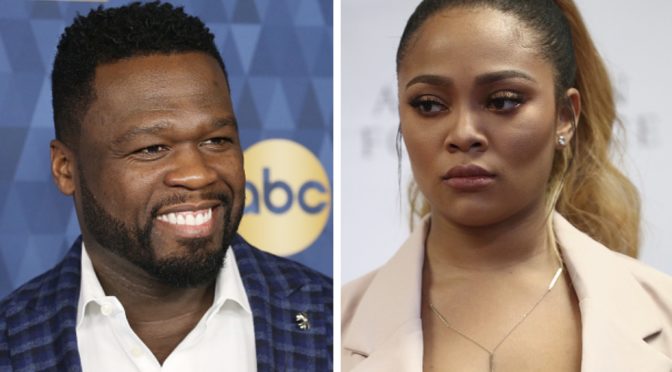 The Queens rapper is hunkering down on Love & Hip Hop star Teairra Mari regarding the money she owes him from their 2018 revenge porn lawsuit. Fif, whose real name is Curtis Jackson, took to Instagram to send a message to the former Roc-a-fella artist. He wrote in a caption, sitting next to a picture of the singer with her lawyers, In October of 2021, the Power executive producer’s lawyers filed a court order to make Mari pay the money that she owed from their last time in court. 50 wants to get $50,000 from the artist, but that seems unlikely. The singer’s lawyer Edward Ward can’t even get her to pay up. In 2019, Mari sued 50 and her ex-boyfriend Akbar Abdul-Ahad for posting pornographic photos online. She claimed the men were trying to “sexually objectify, threaten, intimidate, humiliate and degrade her. However, a judge dismissed the case citing that 50 had done nothing wrong and ordered her to pay 50’s legal fees that totaled $30,000. In 2020, the mogul took Mari back to court, hoping to get his money. But she claimed she didn’t have it. A court ordered her to pay him an additional $6,000 for not complying with a request to itemize her income and assets, Madamenoire.com states. Still, the rapper doesn’t have his money.