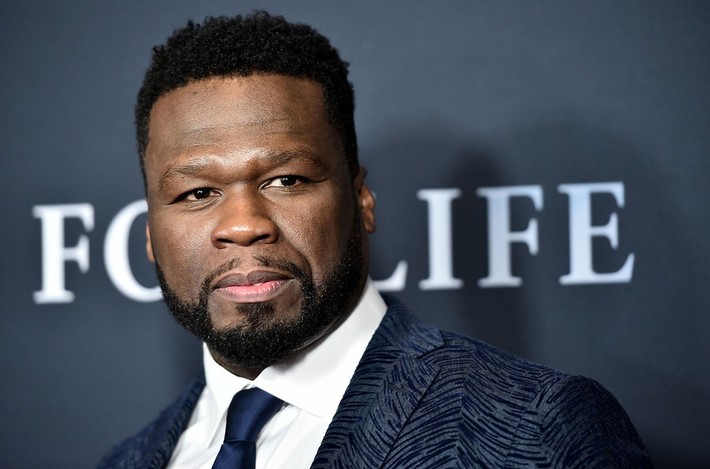 “I’m an entertainer, so to entertain is, I believe, to provoke emotion,” Jackson, 45, told Variety‘s Andrew Wallenstein. “…I don’t believe I can be canceled. They gotta go to jail to get canceled, they gotta shoot a girl,” he said, possibly referencing rapper Tory Lanez’s alleged shooting of Megan Thee Stallion. “You gotta do something extremely bad to be canceled, and I think it’s so unfair to the people that are canceled.”

50 certainly isn’t a stranger to risk, whether that be on social media or within the entertainment industry. When “Power” first got picked up by Starz, Jackson was only making $17,000 per episode because the network was concerned it wouldn’t connect. But now, with the show having spawned four spin-offs and a new series — “Twenty Four Seven,” starring T.I. — in the works for CBS All Access, he has truly hit his stride.

Although “Power” was originally targeted for a female audience, as the show has grown and developed, so has its demographic.

“The gradual process of the show growing in audience each year — with different marketing campaigns to allow it to grow to a different demographic and a bigger audience every time — is, I think, a huge contribution to it,” Jackson said. “My core audience is not going to the nightclub anymore, they’re grown. Mary J. Blige and Method Man are in that boat — like, those are my stars. I’m looking at them and I’m excited about music, culture and art… to be able to have them participate and be a part of it now is almost a dream sequence.”

And, with “Power Book II: Ghost” centering around college-aged Tariq St. Patrick, 50 believes his audience will become even younger. However, he believes most of the consumers of his content actually hail from middle America, as opposed to big cities.

“It’s exciting for them to understand what’s going on in the cities and understand the slang and understand everything else about our culture,” he said, contending that people are interested in those with more damaged backgrounds than they have grown up with.

“Hip-hop culture loves things that are damaged. It loves people who are already broken from the experience,” he said. “Even when you look at Cardi B, when you look at the new artists, they come from rough backgrounds, like really rough, and this is why they say the shock value goes over pretty well.”

“If you say something about someone who chooses something different, there’s organizations set up to start sending things around to get signatures and stuff. And tell me this, as a heterosexual male, who’s going to send things around to get signatures based on your failures? There’s no one. There’s no organization,” Jackson said. “Certain demographics have been conditioned because they’ve been taken advantage of in the earliest stages. Once inferior, now they’re superior because we have no organization. The biggest target is heterosexual males in general.”

Instead, Jackson thinks that America should set its sights on solving poverty and the homelessness crisis by redistributing wealth.

“The top guys, the leading shareholders, the major corporations around here, if you took 10% of what they have, it wouldn’t change 1% of anything that goes on in their lives. There would still be the same lifestyle, their entire life. Right?” 50 said. “We wouldn’t even have a homeless issue. This is what the fight is about, the whole major issue… is between Democrats and Republicans.”

Though 50 said he tries not to get too political, he shared some thoughts about this year’s election, specifically concerning Kanye West’s involvement.

“You see Kanye and the things that he’s doing, I wonder if Trump is not re-elected, does he go to jail for tampering with an election?” 50 said. “One of the weaker points for Trump would be the Black vote. So to have Kanye come in, somebody is going to vote for him and it’s probably someone who isn’t going to vote for Trump… It just creates noise. There’s a legitimate attempt at winning the election just by being in it, and I don’t know to whose benefit it is. I know it means nothing when Trump wins again.”