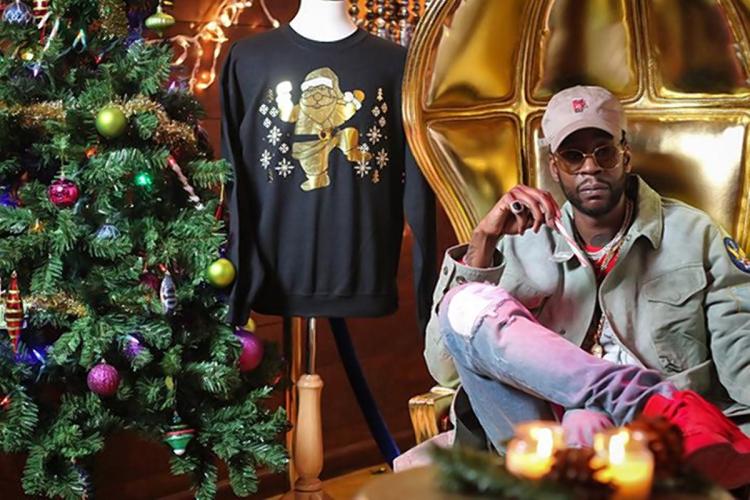 The “I’m Different” singer listed the sweater — which features a dancing Santa made of 250 grams of gold and 50 carats of diamonds — on his merch website and noted that proceeds would go his charity foundation, T.R.U., which benefits the younger generation in his hometown of Atlanta.

“This is extremely rare and only 1 sweater was made,” the item listing reads. “Proceeds of this sweater will go to charity.”

The sweater was designed by 2 Chainz — born Tauheed Epps — and crafted by jeweler Avianne.

It is listed as sold out on the site.

The nearly six-figure clothing item is just one of many sweaters 2 Chainz is selling to raise money for charity.

His merch website also features a variety of ugly Christmas sweaters of Santa dabbing, as well as hats on sale for $20.