YUCK! WOMAN SLEEPS WITH HER DEAD MOTHER FOR 8 MONTHS! 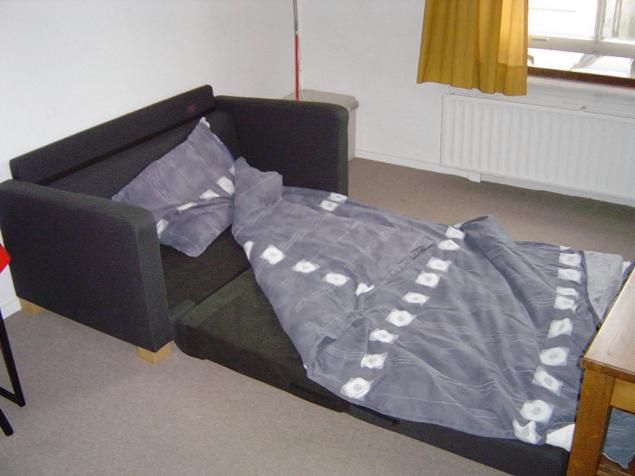 A grieving daughter unable to foot the cost of her mom's burial slept next to her corpse for eight months, according to reports.

The gruesome living arrangement came to light on Thursday when bailiffs were sent to the apartment in Munich, Germany, to recover the now dead 70-year-old pensioner's debts.

After being asked to see her mother, the unnamed 39-year-old told an appraiser that she had died in July 2012.

And she showed him the decomposing body that was lying on a sofa bed in the Moosach district home's only bedroom to prove it.

The Local reports the daughter, who was living on unemployment benefits, did not know she could apply for $4,100 in state help to cover the funeral costs.

Cops said she's been sectioned at a psychiatric facility by her own request.

Officers are now looking into whether the daughter was fraudulently claiming her mom's pension during the period.

But they say they don't believe that's the reason why she harboured her lifeless body for so long, so it is unlikely she will be prosecuted.