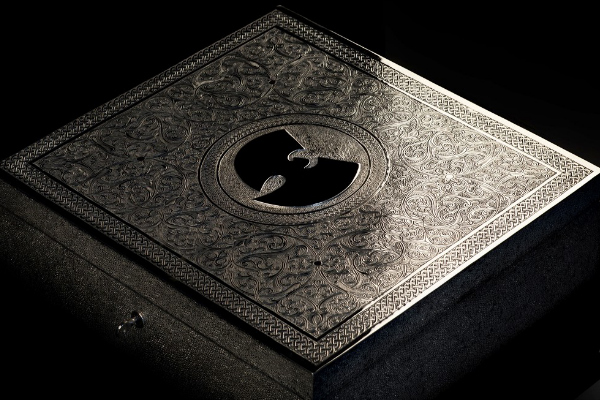 One wealthy Wu-Tang Clan fan will have the chance to own a very rare item from the legendary New York super group. According to Forbes, the crew recorded a “secret” double-album titled The Wu: Once Upon A Time In Shaolin that will be sold to a single buyer for an asking price starting at $1 million.

The covert LP, which has been recorded over the last four years, will be boxed in an engraved silver and nickel box (above). The plan is for the 128-minute, 31-song record to “tour” the world hitting up museums, festivals and galleries where attendees can listen on head phones for a fee. The majority of the project was produced by Morocco-based Wu-Tang affiliate, Tarik “Cilvaringz” Azzougarh. Following its jaunt, the enigmatic LP will be sold to a single fan with a big bank account.

RZA, the mastermind behind the project, likens the album to a piece of timeless art. “We’re about to put out a piece of art like nobody else has done in the history of [modern] music,” he said. “We’re making a single-sale collector’s item. This is like somebody having the scepter of an Egyptian king.”

This recording is totally separate from the Clan’s forthcoming reunion album, A Better Tomorrow which is reportedly slated to drop this June.