WTF! SELLING HUMAN ORGANS CAN MAKE YOU BIG BUCKS! YOU GOT A EXTRA KIDNEY TO SPARE? 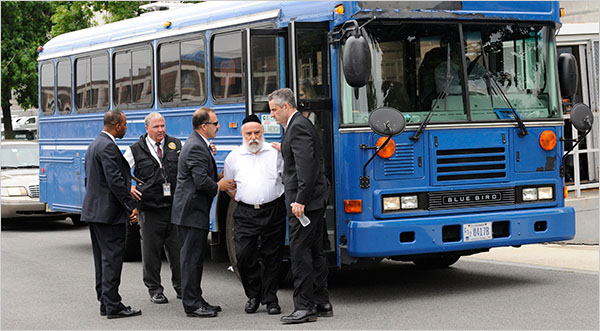 They won’t look the doctor in the eye, and their stories have holes — after all, how often does someone offer a spare kidney to a third cousin he just met?
Eventually, many would-be live-organ donors simply disappear; at one hospital, Hackensack University Medical Center, more than half drop out of the transplant process after initial meetings with doctors.

Dr. Michael Shapiro, the chief surgeon of the hospital’s transplant unit, said he suspects that many of those people are looking to be paid for their body parts, but fear getting caught.

“Sometimes, you have to sit down with the donor and say: ‘It’s illegal to buy or sell organs. You know that, right?’ ” Dr. Shapiro said.

Among the 44 people arrested last week in one of the most sweeping bribery and money-laundering investigations in New Jersey history, one stood out: Levy-Izhak Rosenbaum, a Brooklyn businessman who was accused of trying to broker the purchase of a kidney for $160,000.

Though most developed countries, including the United States, ban organ sales, there is an international market for transplantable organs: a shady world of unscrupulous doctors, concocted relationships and hotels used as recovery rooms.

The World Health Organization estimates that about 10 percent of the 63,000 kidneys transplanted worldwide each year from living donors have been bought illegally. Lungs, pieces of livers and corneas also command a price.

Last year, the authorities in India said they had broken up a ring involving doctors, nurses, paramedics and hospitals that had performed 500 illegal transplants of organs to rich Indians and foreigners. Most of the donors were poor laborers who were paid up to $2,500 for a kidney. Some were forced to give up organs at gunpoint.

Federal authorities say Mr. Rosenbaum told an undercover investigator that he had been brokering the sale of organs for 10 years and had been involved with “quite a lot” of transplants. According to the criminal complaint, Mr. Rosenbaum was approached by the same government witness who persuaded a number of New Jersey officials, including the mayor of Hoboken, to accept bribes, and who snared several rabbis in a money-laundering operation.

In Mr. Rosenbaum’s case, the witness, believed to be Solomon Dwek, a New Jersey developer arrested on bank fraud charges in 2006, pretended to a businessman whose secretary was looking for a kidney for her uncle. An undercover agent posed as the secretary.

“Let me explain to you one thing,” Mr. Rosenbaum told her, according to the complaint. “It’s illegal to buy or sell organs.”

Mr. Rosenbaum later received $10,000 as a down payment for delivery of a willing organ donor, the authorities said. The total cost, as agreed upon, would eventually have been $160,000.

Mr. Rosenbaum spoke of the strengths and weaknesses of hospitals’ screening procedures. He told the agent that the donor would come from Israel, that he would be young and healthy, and that once he was in the United States, the donor and the recipient would need to make up a story to tell hospital officials.

The donor could not pretend to be a relative, not even a third cousin — the relationship Dr. Shapiro said he sometimes hears — as that would be too easily disproved, Mr. Rosenbaum said. Instead, he said, they should choose a different story, saying, perhaps, that they were neighbors, friends from synagogue or business acquaintances. “Could be friends from the community, could be friends of, of, of his children,” Mr. Rosenbaum said, according to the complaint.

Ronald Kleinberg, Mr. Rosenbaum’s lawyer, said he would not comment because he had not yet obtained all the facts in the case.

Doctors have become more aware of organ-selling schemes, but many still feel powerless.

“When you have the suspicion the donor is doing this for the wrong reasons, the question is — what do we do?” Dr. Shapiro said. “I don’t have a detective on retainer. I don’t have a polygraph. We’re pretty good at surgery, but part of the medical school curriculum is not interrogation techniques.”

Some doctors may feel that the Hippocratic oath prevents them from turning away a sick patient with an organ ready to be transplanted. Others may simply be tempted by the money involved.

“There’s this perverse motivation for me to say yes. It takes a really honest person to say, ‘I’m not going to do this, even if it will reduce my numbers,’ ” Dr. Shapiro said.

To those needing a kidney who are dependent on dialysis machines, the wait for a new organ can seem daunting.

The length of time generally depends on the patient’s condition and blood type; most organ transplants in the United States are based on a waiting-list system formed by Congress in 1984 and run by the United Network for Organ Sharing.

In New York, the average wait for a new kidney is nine years.

For those who cannot or no longer want to wait for a kidney, the only other legal option is to find someone willing to donate an organ of their own free will, and free of charge, usually a relative or friend.

While many doctors and academics sympathize with those who in effect want to buy a longer life, the general concept behind the ban on paying for organs is that society’s poorest people should not be enticed to sell their own bodies and that its richest should not be able to buy their way out of the existing system.

Dr. Luc Noel, the coordinator of clinical procedures in the Department of Essential Health Technologies at the World Health Organization, said the organization has been wrestling for years with whether or how to legalize organ sales.

“The truth is, it’s people in poor countries who choose between selling a kidney or a child,” Dr. Noel said. “It’s not caricature. It’s reality.”

Sheila M. Rothman, a professor of public health at Columbia University who studies living organ transplantation, said it has opened a Pandora’s box of questions no government has been able to answer fairly.

“In principle there’s nothing wrong with selling an organ, but if you try to get someone to articulate it and what it means, nobody can explain an equitable way to do it,” Dr. Rothman said.

Some doctors, however, say that since demand is so high, and waiting times for organs from cadavers so long, organ sales should be legalized, but tightly regulated.

“It has to have a built-in system for checking the individuals’ motivations to be sure they’re not being coerced. There should be a fair and established price,” said Dr. Eli A. Friedman, a distinguished teaching professor and the chief of the Division of Nephrology at the SUNY Downstate Medical Center in Brooklyn.

“I’ve had kidney agents come into my office and offer to give me $5,000 for every person who I referred to them,” he said.