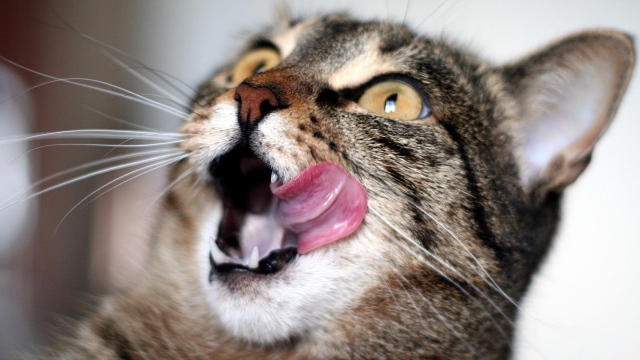 An Ohio woman claims she went blind in one eye after one of her cats licked her.

“I woke up one day and I couldn’t see out of my left eye,” Janese Walters of Toledo told WTOL.

“I looked in the mirror and I thought I had pink eye on something.”

After going to doctors for more than a month, she says finally found out why her eye suddenly went dark.

The condition that caused her crisis is called “cat scratch disease,” Dr. Kris Brickman of the University of Toledo's College of Medicine and Life Sciences told WTOL. It happens when a cat passes along a bacteria it is carrying, either through its saliva or its fur.

And this cat condition is hair-raisingly common: About 40% of cats carry Bartonella henselae, the bacteria that leads to cat scratch disease, and most of the infected felines never show any symptoms, according to the Center for Disease Control.

Brickman said it can damage a person's eyes, but also “cause some liver problems and can get into the spinal fluids and create meningitis.”

His tip for dodging cat scratch disease: Wash your hands when you’re done playing with a cat.

Also: “Don't let them lick any open wounds, and try not to get bit by any cat,” he said.

As for Walters, she hopes her ailment will opens others’ eyes to the dangers that might be lurking in cute kittens.

“I’m just lucky it didn’t transfer to my other eye,” she said.

“It’s real important. You don’t want to lose your eyesight.”