WTF! OBESE MAN STUCK IN A CHAIR FOR 2 YEARS HAD TO GET CUT OUT AFTER HIS SKIN FUSED TO THE FABRIC! 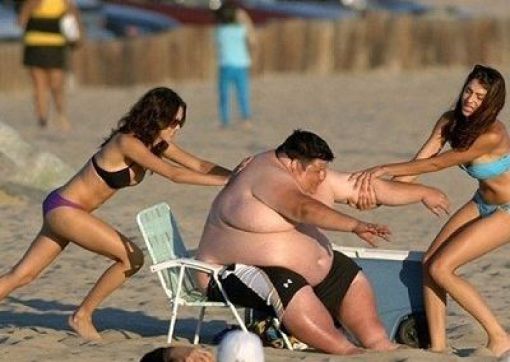 A morbidly obese man had to be cut out of a chair after not getting up for two years, officials said.

The horrific case was discovered when police were called to the man's home in Bellaire, Ohio, Sunday morning after he was found unconscious in a living room chair, WTRF-TV reported.

Cops said the 43-year-old man's skin had fused to the fabric of the chair.

They said he sat in his own waste and was covered in maggots.

Authorities were forced to cut a hole in the wall of the man's house to remove him to the hospital.

The man - whose name was not released - lived with a roommate and a girlfriend who prepared him food since he was unable to get up.