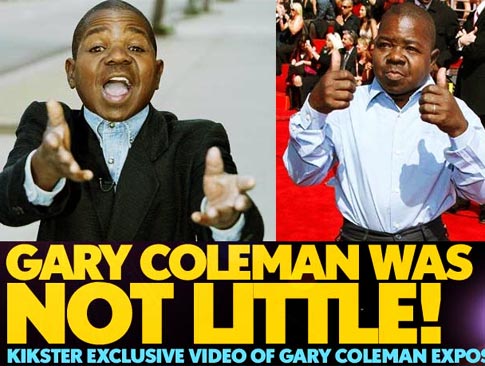 Want to see Gary Coleman in his skivvies? It'll cost you $10 million.

The director behind “Midgets vs. Mascots” has threatened a Web site with legal action for leaking a clip from the film in which Coleman flashes the camera, TMZ.com reports.

Kikster.com has reportedly posted the clip from that shows the “Diff’rent Strokes” star's male anatomy as he stands in a shower.

Ron Carlson, the director behind the film, has threatened kiksiter.com with legal action if they don't remove the video.

According to legal documents obtained by TMZ.com, Carlson is demanding $10 million if the site refuses to take down the clip.

Carlson labels the video "a direct and blatant violation of our rights and quite frankly offensive on so many disturbing levels."