WOW! A TIPSY PARTYGOER FELL OFF A BALCONY & GETS HIS HEAD IMPALED ON A FENCE BUT SURVIVES! 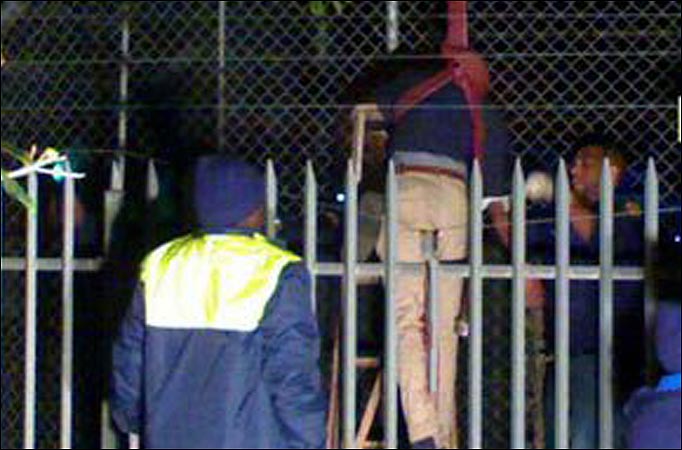 A tipsy partygoer's head was impaled by a fence after he fell from a balcony at a Chelsea party early Saturday - and his family is overjoyed he survived.
Nicholas Blossom, 21, was causing a ruckus outside on the third-floor balcony on Sixth Ave. near W. 26th St. when the cops were called around 4 a.m., sources said.

As cops arrived, Blossom - of Williamsburg, Brooklyn - tripped and fell off the balcony, only to land a floor below with his head impaled by a fence on the platform, cops and family said.

Police had to use an electric saw to remove the piece of fence that had pierced Blossom's head, and surgeons removed the metal shaft soon later, family said.

"We were really concerned," said his mother, Emily Blossom, of Berkeley, Calif. "We're all just pulling for him."

Blossom was in stable condition at Bellevue Hospital Saturday night.