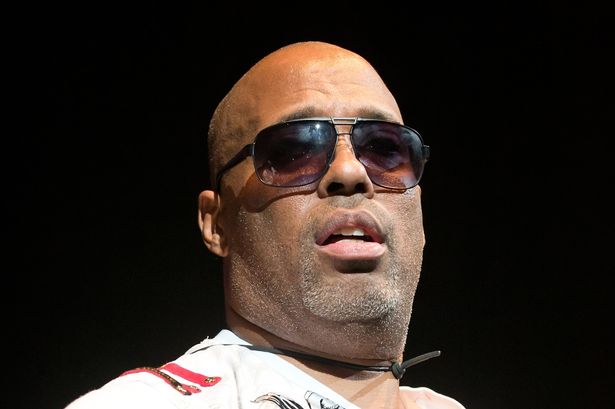 The hip-hop community is mourning one of its pioneers as Ecstasy from the group Whodini has reportedly died.

Luminaires from the rap world on Wednesday took to social media to share the news of his passing. Fletcher, a third of the pioneering hip-hop trio that includes Drew “Grandmaster Dee“ Carter and Jalil Hutchins, was known to fans for his resonant voice and trademark Zorro hat. He reportedly died at the age of 56. A cause of death has not yet been revealed.

Chuck Creekmur, co-founder and CEO of AllHipHop, exclusively told theGrio that Whodini helped blaze a trail by refusing to be placed in any singular box. Ecstasy’s contributions made that possible.

“Ecstasy, as a member of Whodini was one of the most influential rap groups of all time. Period. They were a bit different from Run-D.M.C in that they didn’t incorporate rock into their music but they did blend hip-hop and R&B seamlessly. The impact of that is still being felt today. They were classic hip-hop in every form and Ecstasy was a standout because he would wear a leather wide-brimmed hat. That always made him stand out,” Creekmur stated.

Creekmur added that men admired Ecstasy’s style and women flocked to him. He simply drew people to him by being his authentic self.

“He was a handsome dude that the ladies loved and the guys wanted to be like. But he wasn’t like a macho man like LL, he was a smooth gentleman that showed a more mature side of a really youth-based genre. But hip-hop loved and adored Ecstasy and Jalil and Grandmaster Dee because they told real-life stories with a really funky beat,” Creekmur continued.

Questlove remembered Ecstasy as “pivotal” to Whodini’s success and credited the group for laying the foundation of New Jack Swing. The New York-bred trio, starting with their classic debut “Magic’s Wand,” – the first hip-hop song with a video – helped blaze a trail with the inclusion of R&B in their rhymes.

“One Love to Ecstasy of the Legendary #Whodini. This man was legendary and a pivotal member of one of the most legendary groups in hip hop. This is sad man,” Questlove posted on Instagram.

Q-Tip of A Tribe Called Quest paid tribute to the vocalist, showing appreciation for the streak of hits such as “Freaks Come out at Night” “Five Minutes of Funk” and “One Love.”

“RIP to Ecstasy from Whodini.one of the most under appreciated voices in hip hop. Too many hits! Condolences to his fam,” he tweeted.

Jermaine Dupri expressed his devastation and noted that this one “hurts me so bad” and included a video of the two of them in his tribute.

“My God, this one hurts me so bad,I can’t even believe I’m posting this,Ex you know I love you Folded handsFolded hands thank you for every word,every conversation every good time,may your soul Rest In Power,” he tweeted and included emoji angels.

The band Arrested Development also tweeted their condolences to the late rapper.