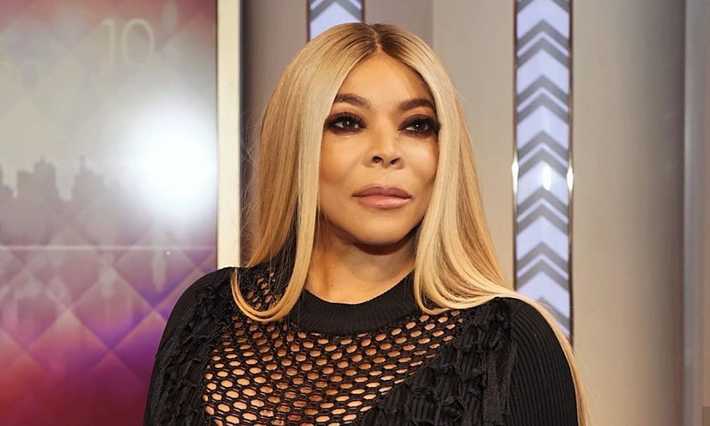 Wendy Williams revealed that she hooked up with Wu rapper Method Man at some point in the 1990s — “back in the coke days” — during an interview with DJ Suss One that aired Thursday.

The topic came up semi-organically while Williams, 56, was discussing her past issues with cocaine, when she said, “I smoked a blunt with [Method Man] while I gave him a bath and it was a one-night stand.” (Williams repeatedly confuses Method Man and Redman and refers to Method Man as “the leader of the biggest group in the world,” which probably will not sit well with Wu-Tang mastermind RZA.)

“That wasn’t in the movie,” DJ Suss One interjected, referring to Williams’ upcoming Lifetime biopic, which spurred her recent press tour. Williams said the incident got left out of the movie because Method Man — née Clifford Smith, 49 — “is still very angry at me,” apparently, over the incident.

Williams said she was at a club where the Clan was partying and Method Man approached her, having been on her show before. “I had weed but he had better,” she added.

“I guess I batted my eyes and rocked my shoulders and I said, you know, ‘Wanna come over?’ and he said ‘Yeah,'” Williams explained in the clip, which caused the pair’s names to trend Thursday night on Twitter. The two were able to exit the club without anyone spotting them and repaired to Williams’ Jersey City penthouse, “where she bathed him in her Jacuzzi tub and smoked more weed.”

“That was back in the coke days,” she said, adding, “I don’t remember what he did, I’m not gonna implicate him on that.” 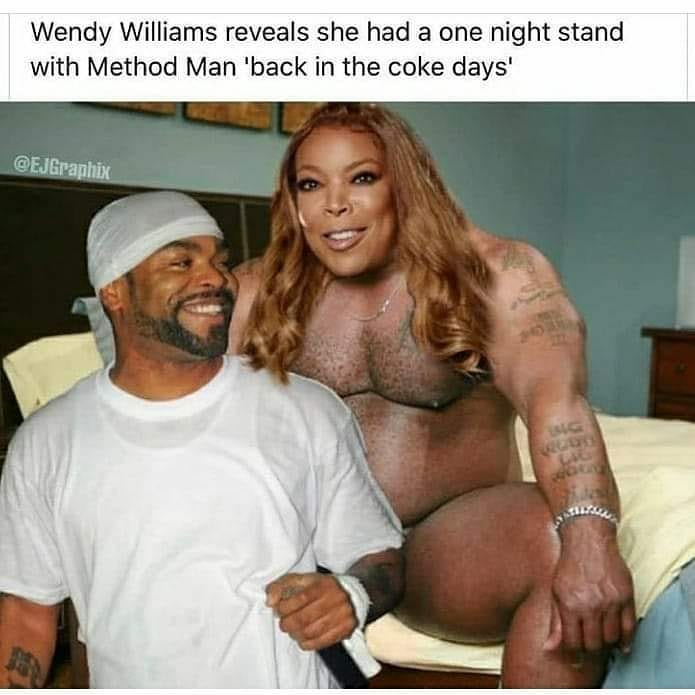 I was wondering why Meth was so mad at her on this interview ....