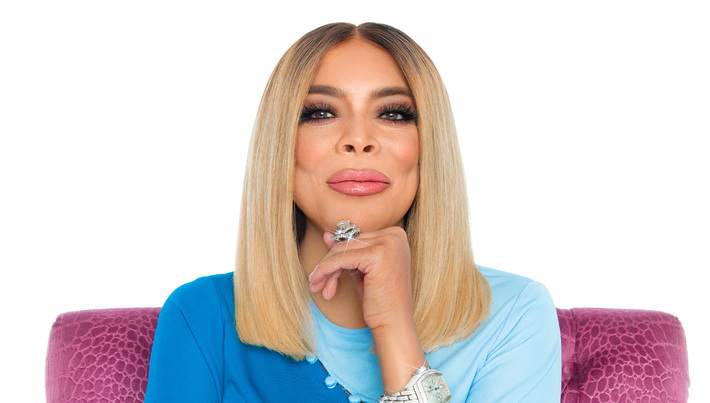 By coincidence, Angela Yee of “The Breakfast Club” — 105.1’s transcendent morning show — was also at the Times Square joke joint.

Yee and Miss Jones wanted to take the opportunity to memorialize the chance meeting of three queens of the airwaves.

Miss Jones took out her phone and asked comic Donnell Rawling — who was onstage when they arrived — if they could step onstage for a moment to take the photo.

“Come on, Donnell,” she said, “I want to take a picture with the ladies of radio.”

But onlookers were stunned when Williams refused to leave her seat.

A rumbustious audience member even yelled, “Wendy, get up and go onstage to take the picture. What’s her problem? Why wouldn’t she get up?”

“If pity was a person,” they lamented.

But Yee and Jones climbed onstage for the shot, where they warmly embraced each other. 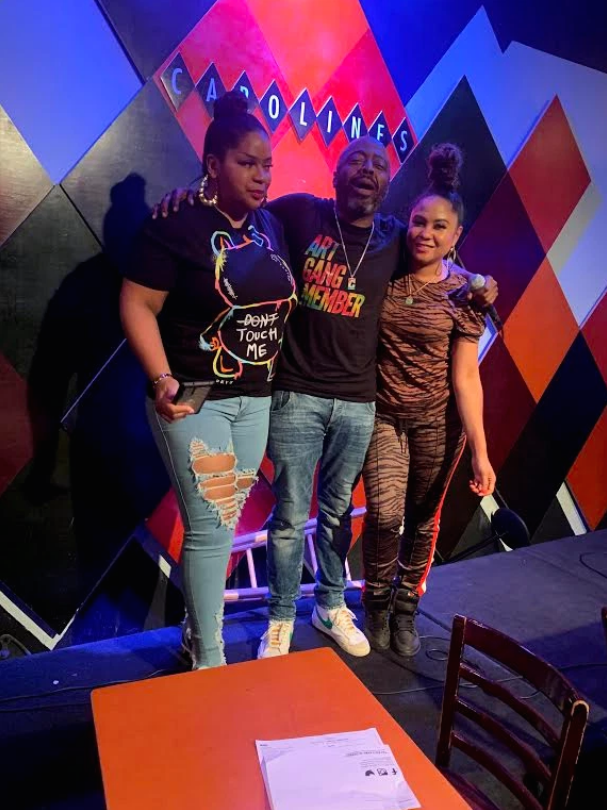 It was Caroline’s first night back in action after being shut down because of COVID.

“This is the first night in 15 months that we are open,” owner Caroline Hirsch told Page Six. “It’s been a fabulous time … and the weekends are going to be even more marvelous.” Rawlings performed through Sunday, and standup Luenell was scheduled to come as well.

Also in attendance was actor Sinqua Walls — who is in New York shooting an NBC pilot, “At That Age,” until the end of July — and author Kim Osorio. 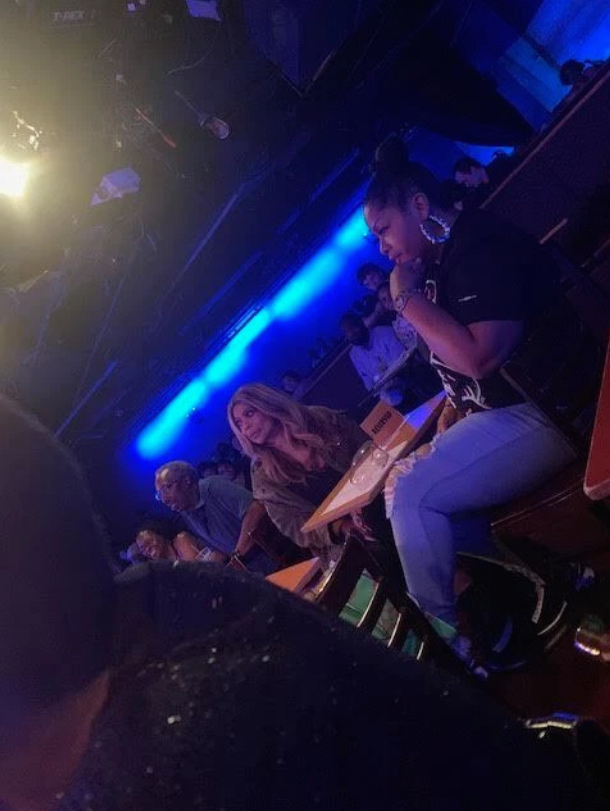