Waka Flocka Flame stopped by MTV Rapfix Live earlier today to chat with Sway and while there he explained his situation with Gucci Mane after being kicked out of Brick Squad Records. He says he doesnt know why the beef started because he was never disloyal to Gucci and that he must be jealous. He goes on to say they had a heated coversation before the tweet and no was hacked. At the end he adds that he will never do music with him ever again.

These ni**as like "The Little Boy Who Cried Wolf"

Claim there's beef & Gucci lives like a king off that money! All Gold Everything! 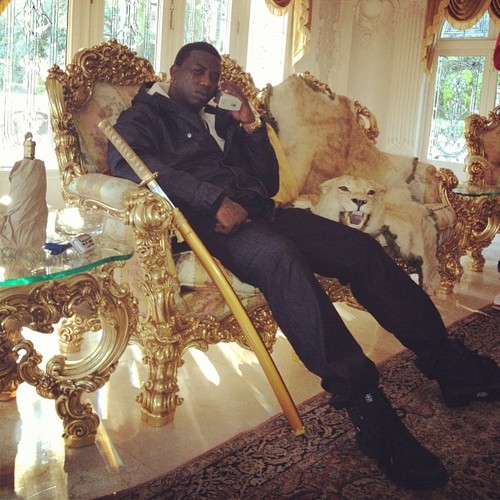