Video: Reporter Gets Her Bag Snatched While Covering Baltimore Protests 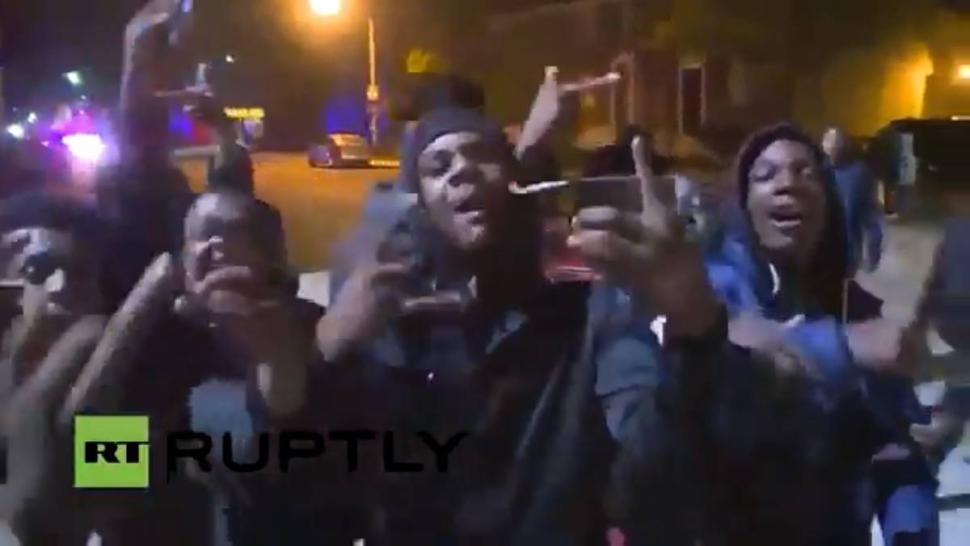 A Russia Today journalist appears to be one of several members of the media who inadvertently became part of the story in Baltimore on Saturday night.

A disturbing video posted to the Russian government-backed news organization’s RUPTLY distribution service and uploaded to YouTube purportedly shows a robber snatching a journalist’s bag as the reporter covers the chaotic protests over the death of 25-year-old African-American Freddie Gray while in police custody earlier this month.

The camera operator, who had been filming protesters posing for the camera while saying slogans like “F--- the police,” immediately runs after the thief before cops in riot gear corner him in the graphic footage.

While the Baltimore Police Department apologized on Sunday for its treatment of other journalists on the scene of the tense and sometimes-lawless demonstrations, the videotaped incident apparently shows successful police protection of a reporter at work.

The one-minute video starts with one lone young man saying, “Rest in peace to my man Freddie G.,” as the camera rolls on a darkened street corner. At least a half dozen or more young black males immediately join in and utter obscenities about police brutality targeting minorities while flashing hand gestures at the recording device.

All of a sudden, the frame shifts wildly up and down and the journalist can be heard shuffling around equipment. The reporter keeps filming while running down the street after a man who looks to be wearing a grey hoodie and jeans. But the chase lasts roughly 15 seconds and goes on for only a block before the robber runs into almost a half dozen officers outfitted in bright blue helmets.

The cops tell the reporter to step away as they throw the purported crook to the ground and cuff him, and the stunned journalist breaks down in tears in the harrowing footage.

“Where’s your bag?” one of the officers asks.

“It’s right there,” the camera operator says, pointing at two officers standing over a light-colored satchel. “He has it.”

The video, which originally ran as part of a live feed, ends with the reporter sobbing off camera and finally cutting the recording off.

Representatives for Russia Today didn’t immediately respond late Sunday night to a request for the identity of the reporter involved in the incident and any account of injuries suffered in the apparent con game gone awry. And officials at the Baltimore Police Department didn’t immediately respond to a request for verification of the incident’s time and location. 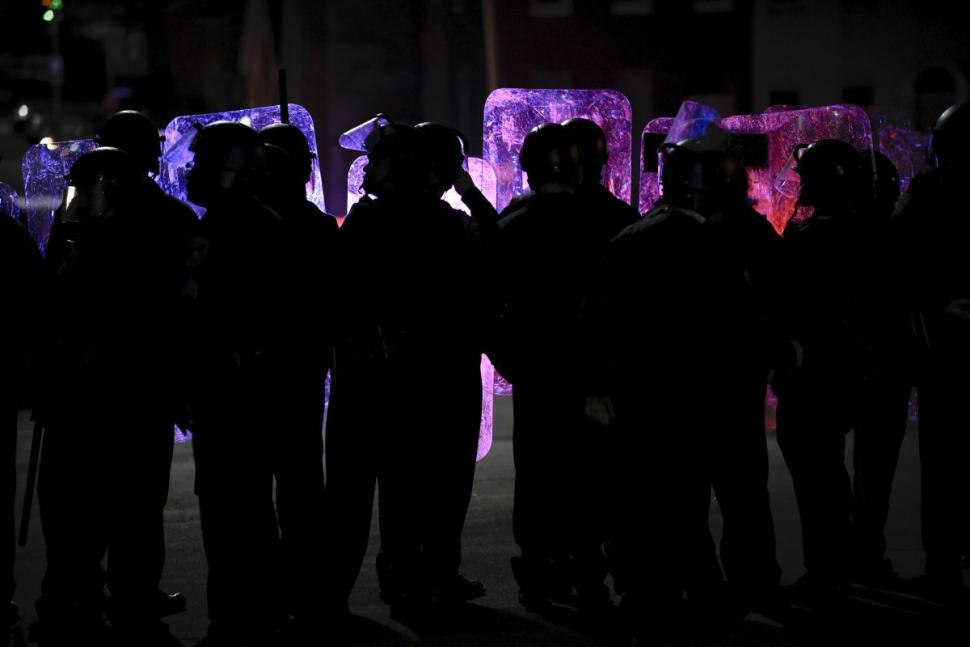 But police officials announced on Sunday afternoon that they arrested 31 adults and four juveniles for crimes such as disorderly conduct, theft and assault of police during the previous day’s protests. They also confirmed that police had “inadvertently detained,” but not charged, two journalists “as officers attempted to disperse protesters engaged in violent activity,” according to the release from law enforcement authorities.

A video posted by local publication Baltimore City Paper shows cops tackling and beating its photo editor, J.M. Giordano, as that journalist took pictures of the scene outside the police’s Western District headquarters on Saturday night. Another photographer covering the protests in the area, Reuters’ Sait Serkan Gurbuz, was arrested and cited for disorderly conduct, the publication reported.

But Baltimore police said the next day they would recall the citation.

“Active scenes of violence are often confusing and chaotic,” law enforcement officials said in their release. “The Baltimore Police Department apologizes for the error and will continue to make efforts to grant media access wherever possible.”

Police, the officials added, “will continue to do everything possible to ensure the safety of those engaged in the expression of their constitutional rights.”

But the clashes that broke out among police and some of Saturday’s 1,200 protesters and spilled over to those attempting to inform the public threatened to distract from the original subject of the demonstrations: the treatment of Gray by local cops when he was arrested on April 12. Gray had a heavily damaged spine and a squashed voice box following his arrest, which is still under investigation. He died a week later, and relatives and supporters mourned Gray on Sunday at his wake.