Drake threw a whole lot of cash away Sunday ... but he wasn't making it rain -- the rapper was rushing into a club he had just left in a fury, looking like he was ready for a fight.

Drake was celebrating his birthday at Club Stadium in Washington D.C. Saturday night/early Sunday ... and we don't know why, but Drizzy was carrying what looked like thousands of bucks.

Some people inside the club claimed they saw someone punch a member of Drake's crew ... which could have triggered his temper.

Drake's posse was famously involved in a blow-out with Chris Brown's crew at W.I.P. nightclub in 2012, so it wouldn't be the first time.

Someone in Drake's entourage was heads up enough to retrieve most of the loot.

Drake Pushes Security Away After Tyga's Crew Allegedly Attacked His DJ. Dropping his bricks by mistake.

That b!tch picked that money up soooooo fast …….

Drake & Tyga got beef in these clubs!? 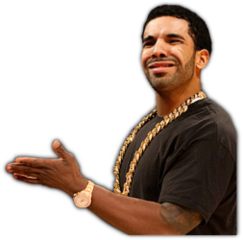