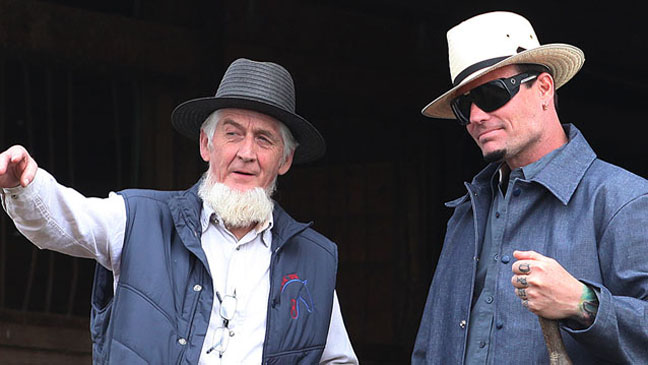 Vanilla feels he broke sampling barriers and pushed rap into the mainstream in a recent interview with XXLmag.com.

"Sampling barriers, I broke down, they made a spectacle out of it and it made it okay for Puff Daddy and everybody else to go make music. They figured it out. There was nobody before me that I could use as a guideline. [i] took rap mainstream. I had the first Rap song that had ever been #1 on the Pop charts. The most-sold Rap record in the history of the world, and that’s extreme. 160 million. The fastest-selling [Hip Hop album] of all time, and it still stands today. I don’t think it will ever be broken at this point."

Ice then spoke on returning back to the music scene.

"I never really leave music," Ice said. "I love poetry, I’m always writing poems. One day I will [come back]. It’s not a light switch. I don’t do it for financial reasons, I make music ’cause it’s my diary and I love poetry. I will always make music, I never left it. Right now I’m into construction and real estate. The show is #1 on the network, and I’m really proud of it. We’re enjoying the experience. When you have a couple of passions that you really love, I don’t think you have to focus on just one."

He goes on to detail his recent movies and television projects.

"Well I just had a movie with Adam Sandler called That’s My Boy," Vanilla Ice said. "It did well at the box office. I do plan to continue with my acting but I’m not focusing on that right now, I’m focusing on the Amish thing. After the Amish show airs we’re filming right now another season [of the 'Vanilla Ice Project']. I’m definitely going to continue with real estate. It’s fun. It’s a passion. It’s been bad news for real estate for about eight years and people are trying to get back into living the dream, which is owning your own home and decorating it the way you want. Many people’s dream has been ripped right out from in front of them because of foreclosures and tuition or something like that. This puts people in a different mindset. It’s motivating and inspirational and we come up with some great ideas."