USHER GETS A RESTRAINING ORDER AGAINST HIS STALKER! 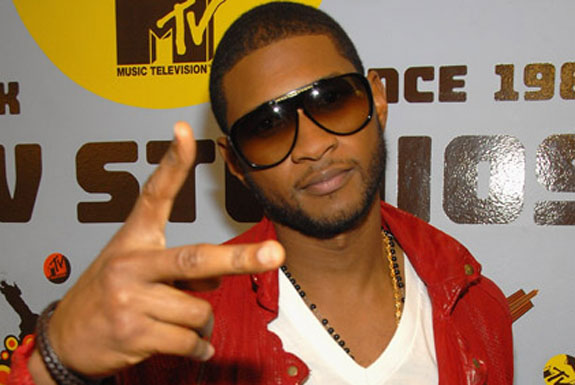 Usher believes his life is in jeopardy ... claiming he's being stalked by a dangerous delusional woman who is convinced she's MARRIED to the pop star.

Usher has obtained a temporary restraining order against 26-year-old Darshelle Jones-Rakestraw -- who's listed at 5'2" ... and weighs between 140 and 180 lbs.

According to court docs, Usher claims Darshelle showed up uninvited to his Georgia home on June 23 with the intention of harassing him and his family. Sources close to Usher say she pounded on his front door and demanded to be let in.

Cops were called to the scene ... where they warned Darshelle to stay away from the property ... and told her not to come back. We're told Darshelle left the home ... but not for long.

Usher says she returned the very next day. Cops were once again called to the scene ... and sources tell us Darshelle tried to convince the officers she was Usher's wife and had simply misplaced her keys.

Cops didn't buy the story ... because USHER'S NOT MARRIED ... and placed Darshelle under arrest.

Usher immediately obtained a temporary restraining order, claiming Darshelle "placed [him] in reasonable fear for his own safety and/or the safety of his immediate family."

Usher is hoping to make that order more permanent during a hearing next month.

For Darshelle's part -- she posted a YouTube video Wednesday, claiming Usher has been secretly funneling her cash since last year, promising to make living arrangements for her. She also says he promised to help with her music career.

In the video, Darshelle insists, "I'm not a stalker ... [Usher] has officially slandered me and defamed my character." She says she plans to file defamation charges against Usher soon.

That's 1-800-Crazy-B!tch She thinks their married