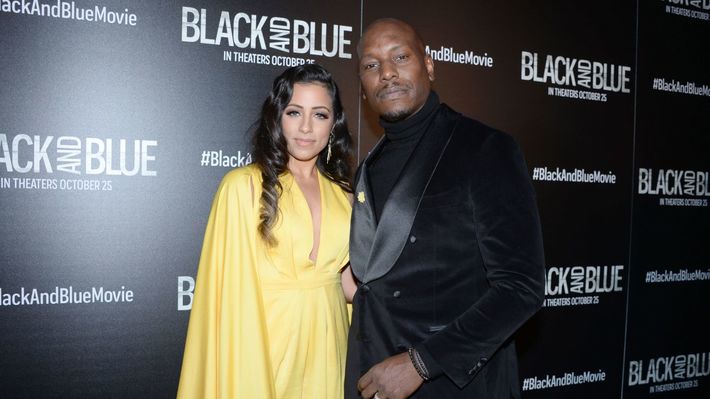 It’s over for Tyrese Gibson and wife Samantha Lee.

The couple jointly announced on Instagram that they are divorcing after nearly four years of marriage.

“Our intention is to remain the best of friends & strong coparents. We feel incredibly blessed to have found each other and deeply grateful for the 4 years we have been married to each other,” they both wrote on social media on Tuesday.

“Our journey together has been a ride of both ups & downs, but it’s a journey that neither of us would have chosen to take with anyone else. We truly have so much love & respect for each other,” their joint statement continued. “We both have grown tremendously within this relationship; we have shared so many beautiful memories and moments, and we also look forward to see the amazing futures we have ahead of us individually.”

Though Lee and Gibson released the same statement, Gibson added a follow-up comment on his account, writing, “Black families and marriages are under attack….

Gibson ended his comment with a message of hope that one day he and Lee will reconcile.

“Samantha Gibson, I owe you everything. I am a better man of God, friend, and father because of you…” he continued. “I pray we leave the door open because the God that we serve is a mountains mover and can make a way out of now way…..” 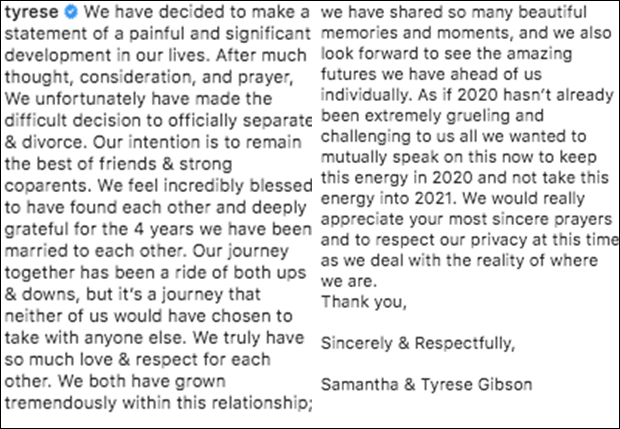