TYRA'S FORMER EMPLOYEE'S CLAIM SHE WAS A REAL B!TCH TO WORK WITH! 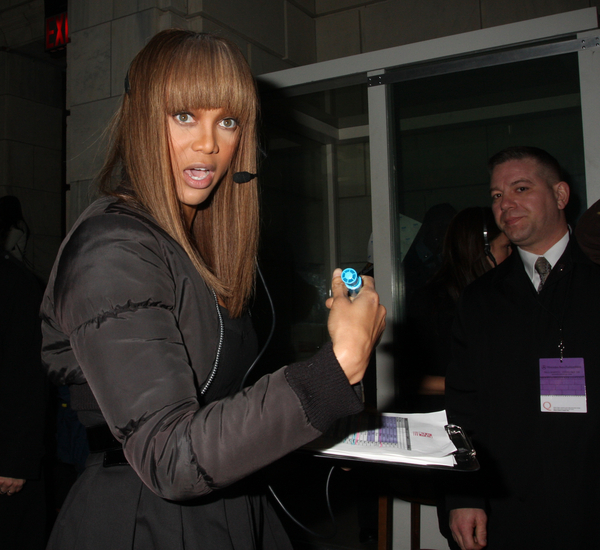 "The Tyra Banks Show" may be over, but her former employees have only just begun to spill about what it was really like to work on the CW gabfest.
And we hate to break it to you TyTy, but it's not all good.

"There had been high turnover of employees for years," a past crew member says, insisting that many people quit after just a few months because it was "pretty difficult to work for Tyra."

"She and the higher-ups on the production staff could be extremely brutal," the source says. "She really is a diva."

An industry source who has worked on the show agreed, adding, "Everything had to be done Tyra's way."

But to her credit, Miz Banks isn't the only one who thinks that her way is the right way: the show earned two Daytime Emmys over its relatively short five-season span. And another former staffer who worked closely with Banks says the 36-year-old indeed knows how to make good TV.

"Honestly, I don't know how it would be to work under her," says the snitch, who served in a high-level position. "But for me, it was a good experience. Tyra just knows how she likes things done. And as for her ‘diva-ness,' well, it sells."

So why stop now?

Banks released a statement this week insisting she wants to focus on launching her film company, Bankable Studios, which she says will bring "positive images of women to the big screen."

But it may be her own image that needs polishing. Reports surfaced yesterday that Banks told the press that her show was coming to an end before she even alerted her staff - and according to some past employees, that's more than likely.

"It wouldn't be surprising," our first source says. "When the show moved from L.A. to New York, several staffers weren't even directly told about the change - they heard through the grapevine that it was going to move locations. Even so, a lot of those people gave up their lives on the West Coast so they could continue working for the show. Now they're out of luck."

Reps for the show didn't respond to calls for comment by deadline.