The “Floss in the Bank” wordsmith, 29, was dragged out of The Sunset Room in Hollywood, where the former professional boxer was ringing in his 42nd birthday with friends such as French Montana.

“It started as a rift about letting another guy go to a certain area of the party,” a source tells Us Weekly of the musician’s beef with a club security guard. “Then Tyga started yelling at security, saying, ‘What did you say to me?’ And they started a fight.”

“Tyga told his security guard, ‘Give me the gun.'” 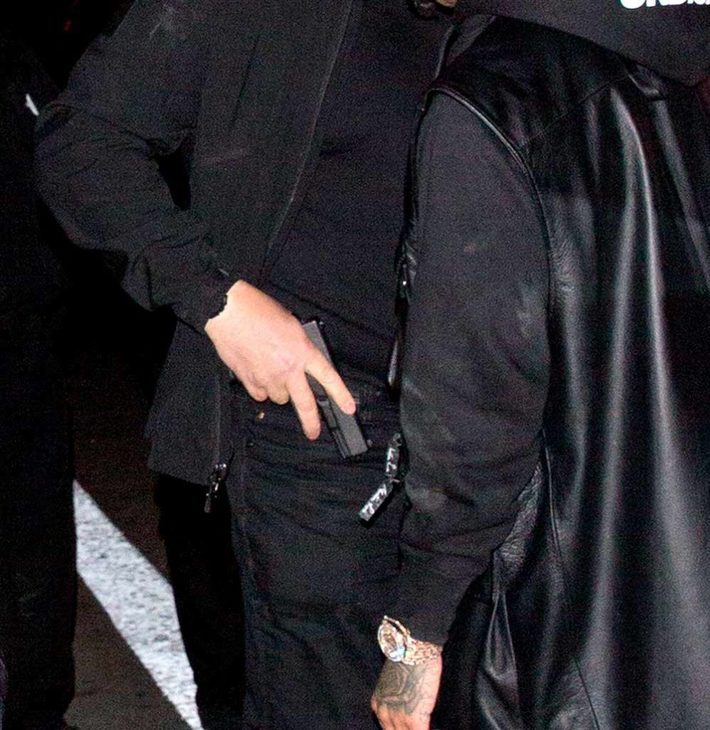 The rapper (real name Micheal Ray Stevenson) then escalated the situation and “went to reach for his security guard’s gun,” says the insider. He was thrown out of the bash by the club security.

Tyga, who takes responsibility for ex Kylie Jenner‘s success, is no stranger to trouble at clubs. In April 2017, the same month he and Jenner called it quits, he was detained by Los Angeles Police Department officers after leaving Hollywood’s Avenue nightclub.