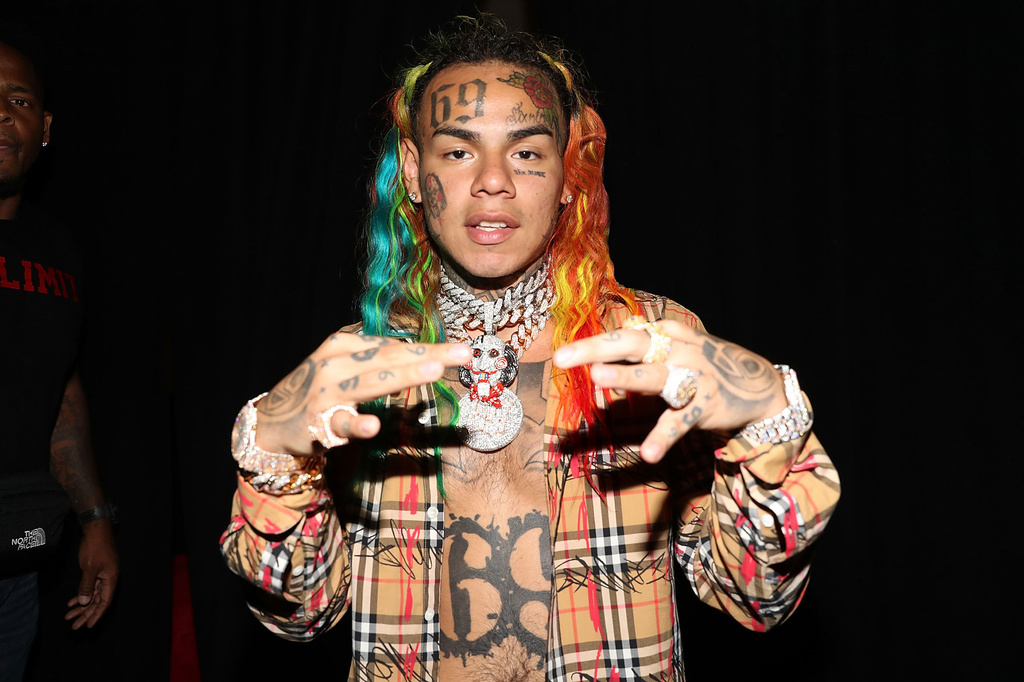 Police believe Bunce and Walter showed up to Philippe Chow on Madison Avenue near East 60th Street — where 6ix9ine was scheduled to have dinner with his manager — but were turned away by the rapper’s security at about 6 p.m.

The pair returned to the upscale eatery and began to brawl with one of the rapper’s security guards, with Walter allegedly throwing a chair at a security guard, cops said.

The guard then pulled a licensed pistol and shot Walter twice in the stomach, police said.

Walter was rushed to a nearby hospital and is expected to recover, cops said.

Tekashi 6ix9ine was scheduled to have dinner at Chow with his manager to celebrate getting paroled on a child sex charge in Manhattan court earlier Friday.

The rapper was apparently not involved in the fight.