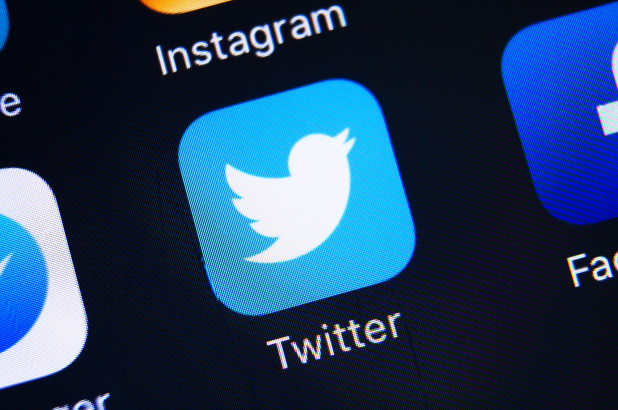 Twitter said it has been having problems implementing a feature that allows advertisers to see how effective their campaigns are — prompting some advertisers to pull back spending, lowering revenue.

“Unfortunately we had some missteps,” Twitter Chief Executive Jack Dorsey said on a call with analysts.

The bug took Wall Street by surprise, especially as it threatens to continue to hurt ad spending ahead of the busy holiday season until it is fixed.

Goldman Sachs slashed its price target on Twitter shares to $34 from $52, citing a “lack of visibility” into when the glitch will get fixed.

“Not expecting a quick rebound in Twitter’s financials for at least a few quarters, as shortfall likely will carry into 2020,” said analyst Craig Huber of Huber Research Partners.

Shares of the social messaging company — beloved by Tesla CEO Elon Musk and President Trump alike — were down 21% to $30.67 a share in midday trading.

Twitter’s revenue rose 9% from a year earlier but fell short of Wall Street expectations as total advertising revenue missed estimates. Third-quarter profit came in at $37 million, or 5 cents a share, down from $789.2 million, or $1.02 a share, from the year-earlier third quarter, which included a large tax benefit.

Twitter also said that it has been having problems with a feature designed to ask new users if the Twitter app can use device settings to display relevant ads. Twitter has turned this feature off entirely.

“These issues were in our control and we will work to do better,” Chief Financial Officer Ned Segal said on the company’s earnings call.

He said that though the company is working on fixing the problems, “there isn’t remediation yet in place, and so the effects of that will continue into Q4.”

In good news, the social media platform managed to post a rise in daily users who see ads on the site — beating analyst estimates. The company’s average mDAU hit 145 million, beating analyst expectations of 141 million and representing a 17% year-over-year jump.

In the call with analysts, Dorsey said growth in mDAU was driven by product improvements, including making the site easier to navigate and more proactively identifying abusive content to remove.

Twitter and other social media platforms have also recently come under scrutiny over their ad policies.

Twitter, Facebook and Google this month were criticized by US democratic presidential candidates, including former Vice President Joe Biden, for allowing politicians to run ads containing false or misleading claims.

In August, Twitter announced it would no longer accept advertising from state-controlled news media outlets, shortly after it came under fire for showing ads from Chinese state-controlled media that criticized the Hong Kong protesters.