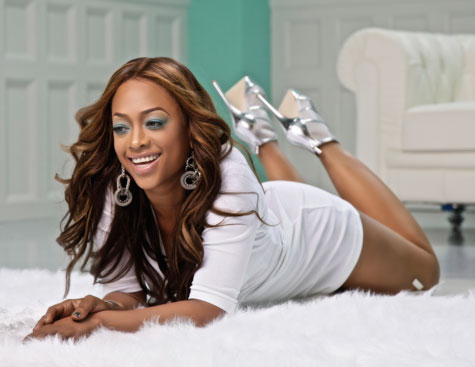 Miami rapper Trina is hitting back at reports that suggested she is pregnant with boyfriend Kenyon Martin's child.

Pictures of Trina performing in Detroit hit the Internet yesterday (June 29th), and show the rapper carrying what looks to be a few extra pounds.

Trina took to her Twitter page earlier this morning to blast the media for spreading rumors and stories that were not true.

While the pregnancy was reported as a fact, Trina denounced the inaccurate reports.

"STOP it with the f**king rumors enuff already!! I am NOT pregnant," Trina snapped. Why do people believe anything they hear!!! F**k outta here.

Trina, who originally wanted to adopt a baby from Haiti after an earthquake ravaged the tiny island nation in January of 2010, blamed the pregnancy rumors on her weight gain.

"Can't please everyone," Trina said. "If I lose weight it's something "dammn u done got too small and lost ya a$$' if I gain weight it's 'I'm pregnant.'"

According to train up, she's very comfortable with her looks and her weight.

"Every woman is NOT suppose to look like a dammn broomstick" Trina reasoned. "I'm very comfortable in my own skin with all my curves and assists!"