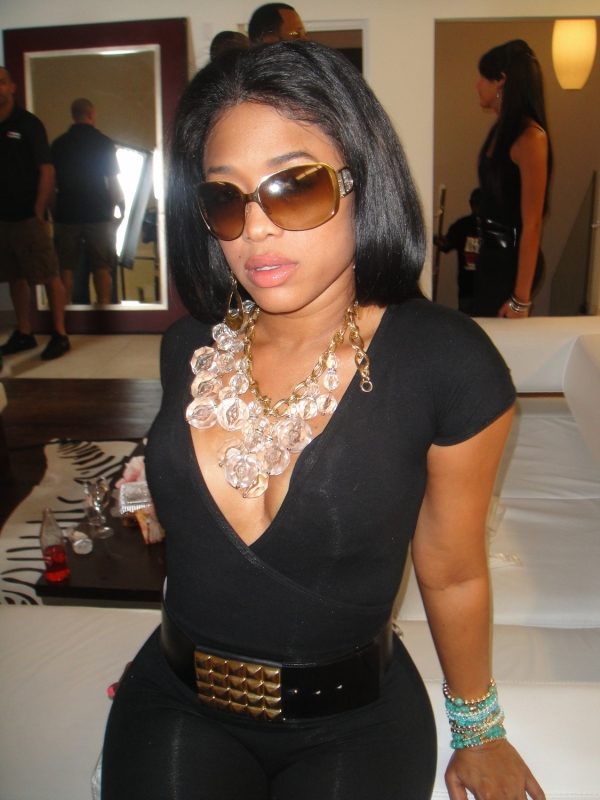 Miami rapper Trina has hit back at salacious gossip that she is having an affair with NFL rookie wide receiver, Dez Bryant.
According to Trina, pictures floating around the Internet were originally taken after her performance at Club Flow in Dallas.

The pair simply engaged in a photo opportunities during the event, but had no further contact after a meet-and-greet at Club Flow.

Trina shot down the reports in a statement released to AllHipHop.com today (July 30th).

"The allegations of such relationship with NFL play, Dez Bryant, holds no truth in any way. I met Mr. Bryant at Club Flow after performing for my fans and supporters,” Trina told AllHipHop.com. “As a form of admiration and respect, I agreed to take a picture with him. Although, he seems like a wonderful individual upon our first introduction of one another this night, I just want to confirm that ‘Trina and Dez Bryant’ are not dating in any way.”

Trina said that she respected Dez Bryant and admitted to taking the pictures willingly, as she has done with previous entertainers and celebrities.

“At this time, I ask that you respect my personal life to remain private, and concentrate on the music that I continue to create for my fans,” said Trina, who recently ended her relationship with NBA player Kenyon Martin. “Thank you again for your understanding and support."

"There is no truth to the rumors that Dez Bryant is dating rapper Trina," Wells said. "Dez is very much in love with long-time partner, Ilyne Nash, with whom he is looking forward to building a home."