Travis Scott may have the festival lineup of the year. With Astroworld set to return to NRG Park in Houston on Nov. 5 and Nov. 6, Scott has officially revealed the festival lineup. Travis serves as the headliner but he has a squad of icons with him, including iconic soul group Earth, Wind & Fire. Joining EWF and Travis is Tame Impala, Bad Bunny, SZA, Lil Baby, Roddy Ricch, Young Thung, Baby Keem, Don Toliver, Master P, 21 Savage, Toro y Moi, BIA, Chief Keef, and Sheck Wes, among many others. Continuing a nod to the NRG’s previous tenant (Six Flags AstroWorld), the festival has again invested significant real estate to build out an amusement park and carnival footprint for the 2021 event. This year’s fest will feature more than 30 custom carnival games and rides, including a roller coaster, Ferris wheel, and bumper cars – all of which are designed to entertain fans when they need a break from music. In celebration of the news, the festival has released a limited number of two-day GA and VIP tickets, which are on sale 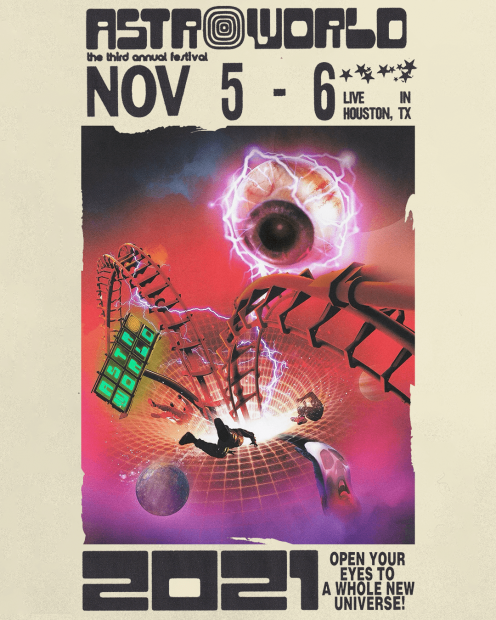