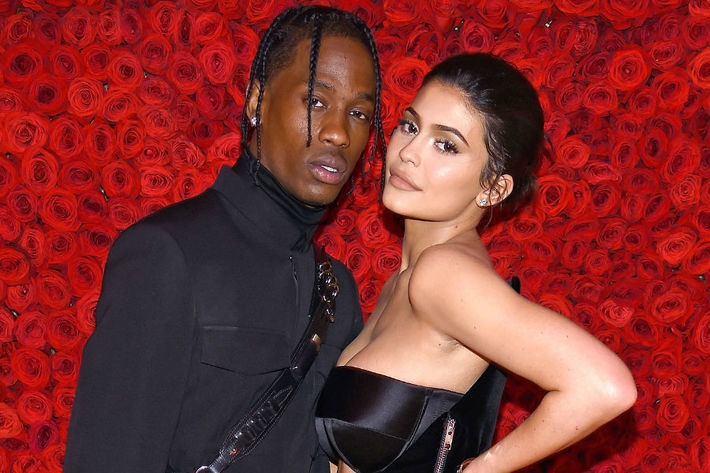 La Flame was scheduled to perform in Buffalo, N.Y. on Thursday night (Feb. 28), but announced earlier in the day that he was postponing the show because he is dealing with sickness. "Buffalo I’m so sorry I can’t perform tonight," Scott tweeted. "I’m under the weather and it fucking sucks! Can’t pull up without full rage. Show rescheduled to March 10 all tix are valid. See u soon."

However, TMZ reports the Astroworld rapper is actually taking time off to mend his relationship after being accused of cheating.

According to the site, Travis was with Kylie and their daughter Stormi in California on Wednesday (Feb. 27) when the reality show star told the rapper she had evidence he had been unfaithful. An argument popped off and continued into the following day. Travis' team is denying he hooked up with someone else.

This news comes on the heels of Kylie Jenner's best friend, Jordyn Woods, being accused of having a tryst with Tristan Thompson, the father of Khloe Kardashian's child.

This is the second Travis Scott show this month that has been postponed. Two weeks ago, a show in Tulsa, Okla. had to be pushed back. Unfortunately, fans weren't told about the show's cancellation until they arrived at the venue. As a result, many people who were waiting outside became angry and stormed the venue.