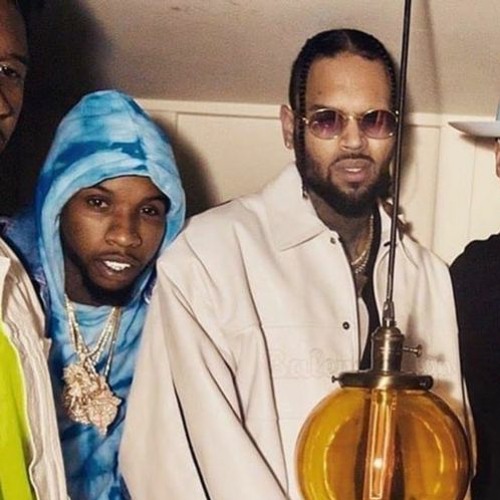 Tory Lanez recently surprised Chris Brown in Toronto with an insane diamond chain that crowned him the undisputed “King Of Pop” over Michael Jackson Tory had actually been working on the piece all the way since March and it’s not hard to see why with all the exclusive details all the way down to CB’s tattoos and poses. the entire piece weighs nearly 300g total with over 40 carats of diamonds on the pendant and another 20 carats on the chain. They wouldn't disclose how much it cost Tory, but said the piece is worth around $200,000. And it’s more custom to Breezy than meets the eye the back pendant features a host of CB’s musical accomplishments, such as award show wins and sales milestones.