TOO SHORT NOT CHARGED WITH FELONY DRUG POSSESSION The L.A. County District Attorney has REJECTED the felony drug case, because cops only found a very small amount of drugs -- which they say is meth. Given that Short does not have a felony record, the D.A. decided not to prosecute and sent the case over to the L.A. City Attorney for misdemeanor review.

TMZ was told the City Attorney will look at the case ... probably next week.

FYI ... Short insists he was not in possession of drugs, and whatever was found in the back of the cop car was left by the prior arrestee who involuntarily hitched a ride to the pokey.

Lmao! Told ya dumping the sh!t was a good idea! Now as far as trying to run! That's a different story! If the powder they found was meth & E that means that sh!t was molly & when the cops stopped him Short was like this....... 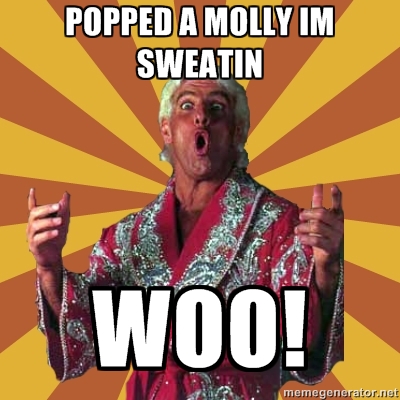