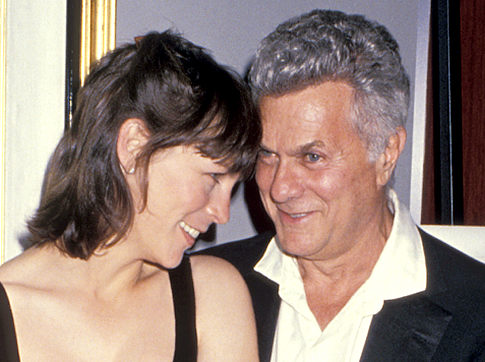 Celebrated actor Tony Curtis has died.
The 85-year-old "Some Like It Hot" star passed away on Wednesday, a rep for Jamie Lee Curtis, his daughter, told Entertainment Tonight on Thursday.

According to ABC News, Curtis died in his home in Las Vegas. TMZ has confirmed Tony Curtis has died of cardiac arrest.

Curtis, who scored an Oscar nomination for playing a recist convict on the run opposite Sidney Poitier in "The Defiant Ones," was born bernard Schwartz to Hungarian parents in The Bronx in 1925.

A rough-around-the-edges actor who scored several screen credits during the 1950s, such as "Houdini" in 1953 and "Sweet Smell of Success" in 1957, he failed to garner much respect until his Oscar-nominated role in "The Defiant Ones" in 1958.

It would be followed in 1959 by "Some Like It Hot," the cross-dressing comedy he co-starred in with Jack Lemmon and Marilyn Monroe.

Aftering witnessing a murder, Curis and Lemmon go on the run, and hide out as women alongside Monroe. The comedy was widely praised for its humor, scoring a slew of Oscar nominations, including a win for best costume design.

Curtis and Monroe were known to have had a love affair during the 1950s.

In an interview after "Some Like It Hot," Curtis famously described kissing the blonde bombshell as being like "kissing Hitler."

Curtis continued to garner praise for his light-hearted faire, but received kudos for his surprisingly dark turn in "The Boston Strangler" in 1968. The story based upon the infamous murders would later be criticized for taking liberties with the truth, but Curtis himself was nominated for a Golden Globe for his performance.

During the 1970s, his big screen appeal started to fade, noted with his starring role in "The Bad News Bears go to Japan" in 1978.

The celebrated actor's career would transition into television during that decade, making appearances on several shows such as "Shaft" and "McCoy." He had a regular role alongside future James Bond Roger Moore in "The Persuaders," then later was a recurring character on "Vega$," the Michael Mann series starring the late Robert Urich.

Curtis' career has since been peppered with brief TV appearances and small film roles over the past 30 years.

Married several times, his 11-year-marriage to Janet Leigh led to the birth of "Halloween" and "Trading Places" star Jamie Lee. He had five other children over the course of six marriages.