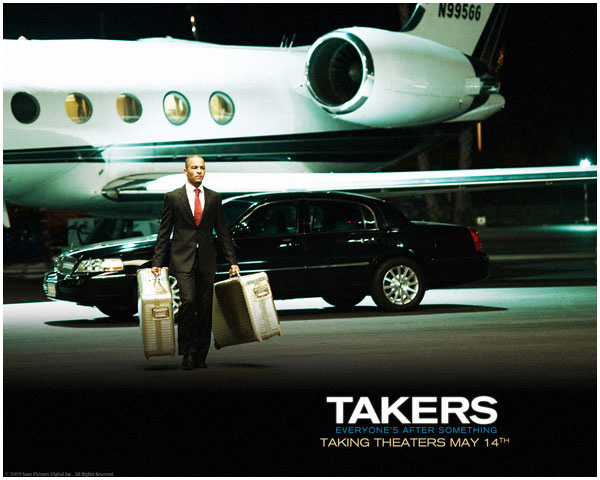 Both artists also served as executive producers for the project, which was produced by Rainforest Films and T.I's Grand Hustle Films.

Box office estimates originally had Exorcist leading the weekend by $300,000 over Takers, bringing in $21.3 million.

And while the numbers may have been close, the significance is greater for Takers, which went into theaters as the weekend’s underdog.

“It's really an incredible testament to the power of the people,” Rainforest Films co-founder Will Packer told AllHipHop.com. “Hollywood expected us to do closer to $10 million since we were smaller and on far less screens.”

With the support of their fans, the movie’s three stars kept Takers a “trending topic,” by having movie-goers tweet photos and reports from theaters across the country.

“We all expected to win,” added Packer. “It was so close that every dollar counted. And I thank every single person that bought a ticket. This means there will be more movies like Takers."

In addition to being T.I.’s first released project since completing legal obligations tied to his 2007 arrest, the film is also the first in a three-picture deal signed with Screen Gems in June 2008.

According to Variety, T.I.’s second Screen Gems offering will be a drama titled Boulevard, which was being developed at the time the agreement was signed.

At press time, no details were available on the film’s progress.

In interviews discussing Takers and his seventh studio album King Uncaged, due out September 28, T.I. has also hinted at a possible sequel to his 2006 film debut ATL.