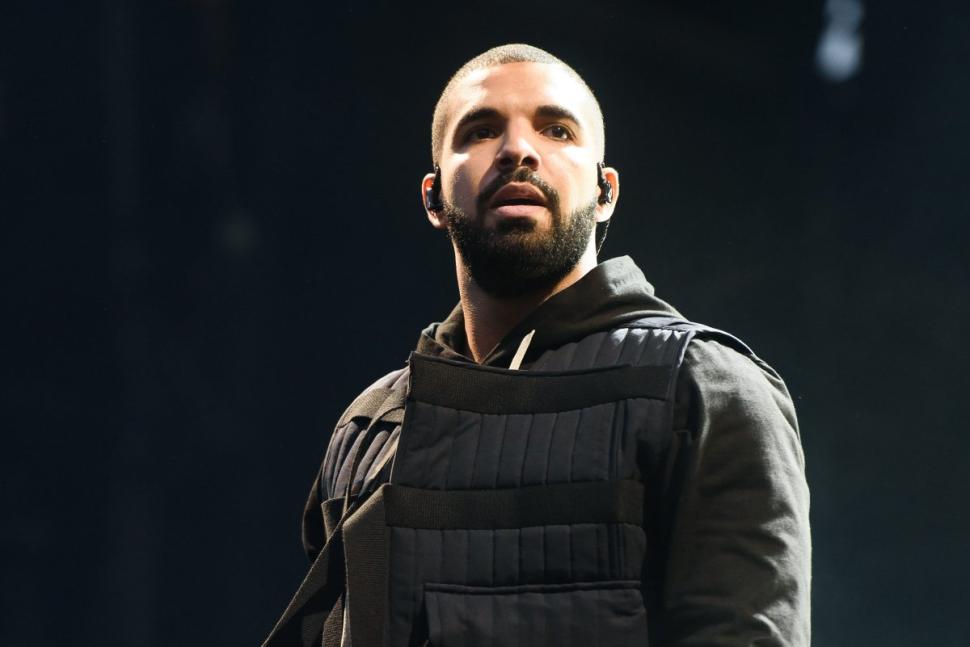 Tidal, the music-streaming platform co-owned by Jay Z and a cohort of top-tier music stars, appears to have upset the wrong beast.
Apple reportedly warned the platform that it could face a multimillion dollar lawsuit because rapper Drake, an Apple Music artist, was set to appear at a charity event in New Orleans that was live-streamed on Tidal Friday night.

According to a Page Six report, once Apple learned of Drake's scheduled appearance — in which he was to perform two songs — letters from Apple were "sent to Tidal warning that Drake cannot appear on the Tidal stream of the festival, either solo or part of a group, and if the warning was ignored, the liabilities could be up to $20 million."

The publication says Tidal bristled at the threat, but agreed not to show Drake's performance on the live stream. Business Insider viewed the live stream Friday night. At around 11 p.m. Eastern time, Lil Wayne announced a guest artist — not by name, but with a brief musical introduction — and that's when the stream abruptly stopped and this message appeared: 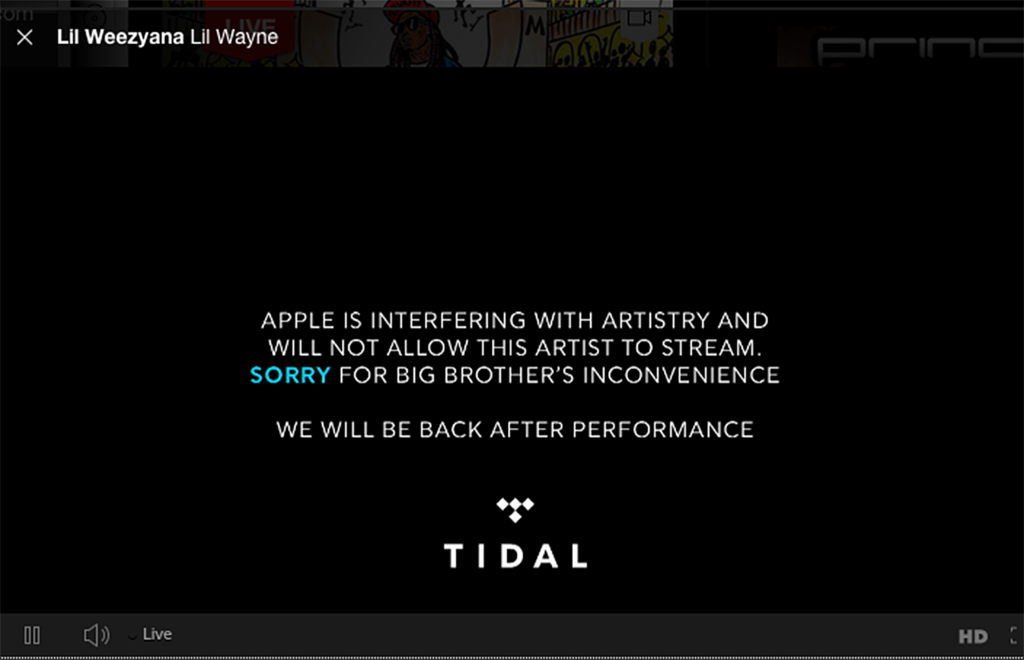 Less than 30 minutes later, the stream returned with fireworks and a big band performance on stage.

The "Lil Weezyana" event was held to benefit kids affected by Hurricane Katrina — the 10th anniversary of which has been commemorated nationwide during the past week.

Drake apparently ditched Tidal days before it launched in March, joining Apple Music instead. Details of the artist's deal with the tech giant are not clear, but Apple had been courting him aggressively ahead of launch.

Tidal encountered a lot of bad press almost immediately after it launched, and has been struggling to gain footing in a crowded section of the streaming space. Madonna, who is a co-owner, acknowledged Tidal's difficulty in an interview with the Associated Press last month, saying "It's just the beginning, so we're working out a lot of kinks ... we're going to build something unique and amazing that's going to attract a lot of people."

Rumors of Tidal's demise have been swirling anyway, though the platform appears to remain fully operational.