THE NYPD IS BREAKING THE LAW! AFTER IT WAS RULED THAT THEY CANT KEEP A ELECTRONIC DATABASE OF ALL STOP & FRISK VICTIMS THEY DECIDED TO WRITE THEM DOWN! 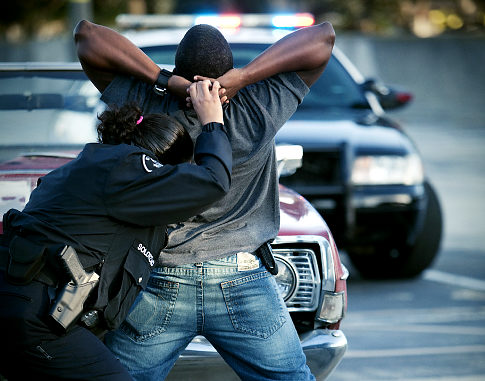 Cops can no longer keep a giant electronic library of everyone they stop on the street - but officers can still collect names the old-fashioned way, a new NYPD memo says.
The internal memo was sent out Friday, just after Gov. Paterson signed a law banning the NYPD from entering personal information of innocent people into a citywide database.

The memo reminds cops they legally can gather the intel, as long as they use a pen and paper.

"The law does not affect an officer's ability to collect identification information at the scene of a street encounter, and does not affect the preparation, copying or filing of stop, question and frisk report worksheets," the memo reads.

"Commanding officers shall ensure that copies of stop, question and frisk report worksheets are maintained in a precinct file."

Civil libertarians and others battled hard against the database.

They said blacks and Latinos were disproportionately targeted in the searches and their information was stored indefinitely, even though the stops ended in an arrest or a ticket only about 12% of the time.

Backers of the new law said paper records stored at precincts do not have the same broad reach - and potential damage - of a citywide database.

Assemblyman Hakeem Jeffries, one of the sponsors of the bill to end the database, said "the paper records do not pose the same degree of threat to civil liberties as the electronic database.

"They're not as susceptible to manipulation or inadvertent transmission, or the same degree of access," the Brooklyn Democrat said.

Another sponsor, state Sen. Eric Adams (D-Brooklyn), left open the idea that paper records could be the subject of future legislation.

He said it's important to leave police with the tools they had before the electronic database became such a controversial issue.