THE FINAL DESTINATION PULLS IN $28.3 MILLION OVER THE WEEKEND! 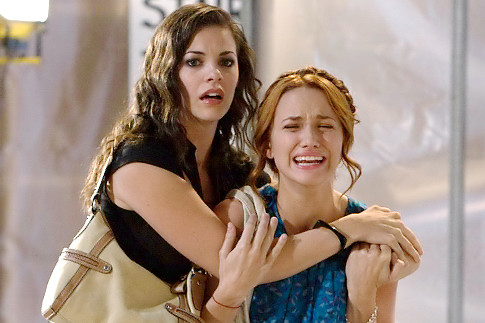 Movie fans have made fear their top destination at the weekend box office. The horror tale "The Final Destination" debuted as the No. 1 movie with $28.3 million. It's the latest installment in the franchise about people stalked by death after a premonition saves them from their destined demise.

"Final Destination" took over the top spot from Quentin Tarantino and Brad Pitt's World War II saga "Inglourious Basterds," which slipped to second place with $20 million. The film raised its total to $73.8 million after 10 days in theaters.

Another horror flick, "Halloween II," opened at No. 3 with $17.4 million. The movie is Rob Zombie's sequel to his update of the slasher franchise about crazed killer Michael Myers.