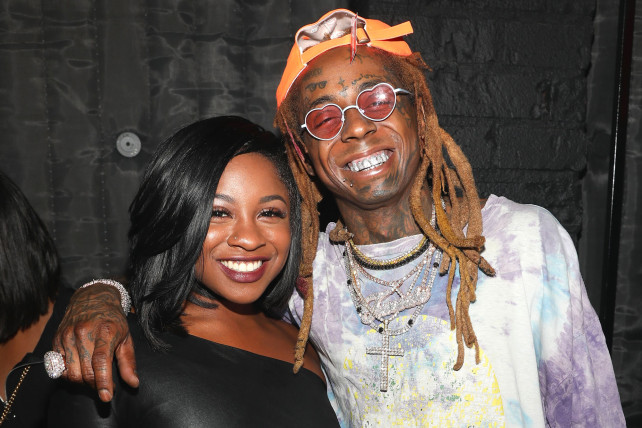 Reginae Carter, 19, recently told Page Six that collaborating with her rapper dad has been in the making for quite some time — and having a track on “The Carter V” has been the best gift Lil Wayne, 36, has ever given her.

“That was really big because I’ve been wanting to do a song with my father for so long,” she said. “Like I would always say, ‘Dad, we could be the new Nat King Cole! He did stuff with his daughter!’ I’ve always said that to him, so for him to put ‘Famous’ on the album and it get such a good outlook like everybody loved it on the Billboard charts, that really just made my whole entire life.”

While Carter is appreciative of all of her supporters, she added that she’s also wary of certain people around her.

“I’ve had friends that — well, I’ve had people that come in my life that’s been around for so long and I found out that their intentions wasn’t right,” she explained. “They stole from me. They lied on me. I’ve had all of that. At a young age, it’s crazy that I’ve dealt with so much already. But yes, I’ve dealt with all of it.”

Now that she’s made her musical mark with her father, she’s focusing on upcoming acting and television projects. She is even part of a new series on VH1 — “T.I. & Tiny: Friends and Family Hustle,” premiering on Oct. 22.

“I’m just excited for people to see my growth,” she said of what fans can expect from her. “I was on a show not too long ago called ‘Growing Up Hip Hop’ and I was portrayed — a lot of people thought that I was a spoiled brat and just really like disrespectful to my parents, to my mom. It wasn’t a good look. I want people to know this is the real me. Me and my mother are like best friends. I would never disrespect my mom. I want people to see me work for what I really want in my life.”