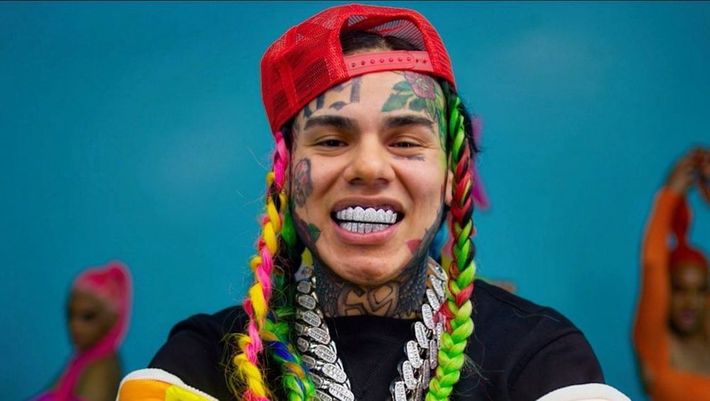 The victim — who sued anonymously under the name Jane Doe — brought claims against the “Gummo” rhymer and Tauquan “Tay Milly” Anderson for bringing her to a Harlem party on Feb. 21, 2015, plying her with drugs and alcohol, taking videos of her naked and performing sex acts and then posting them on social media, her Manhattan Supreme Court lawsuit filed Tuesday.

Jane Doe says she was only 13 when she was at the party where three videos were taken of her including one in which she was naked performing oral sex on Anderson, then-21, while Tekashi, then-18, thrusted his pelvis behind her and slapped her butt, the court papers allege.

Tekashi — whose real name is Daniel Hernandez — took a sweetheart plea deal for the incident that year. In 2018, he was sentenced to four years of probation and1,000 hours community service, while he was granted youthful offender status to seal his criminal record.

“By reason of her age, and being given drugs and alcohol which caused her to be in an impaired mental state without her knowledge, permission or consent, the plaintiff was incapable of consenting to the recording,” the suit says.

And even more, “As an internationally known rap and hip hop artist and performer, defendant Hernandez uploaded [the videos] onto various social media accounts on the internet with the intention and expectation that millions of people would view the videos,” the court papers claim.

Tekashi’s “conduct against the plaintiff was intentional, malicious and done for the purpose of causing the plaintiff to suffer humiliation, mental anguish and emotional distress,” the suit charges.

The victim says Tekashi, 24, sexually abused her when he “touched and groped [her] buttocks in a sexually explicit and demeaning manner,” the suit says.

And she claims that Anderson sexually abused her in the videos and raped her in the two or three months leading up to the party, the court papers allege.

Because of the incident and its fallout, “plaintiff was caused to be severely injured and suffer severe emotional and psychological injuries,” the court documents say.

She is suing for unspecified damages under the Child Victims Act — which allows her to file suit regardless of whether her claims are time-barred.

The “Trollz” hip hop artist was released in April from federal prison after serving 17 months of a two-year sentence for racketeering and other charges.