The “Empire” star revealed Friday on Instagram that she has been hospitalized, but made sure to reassure fans that she was fine and getting some much needed rest. 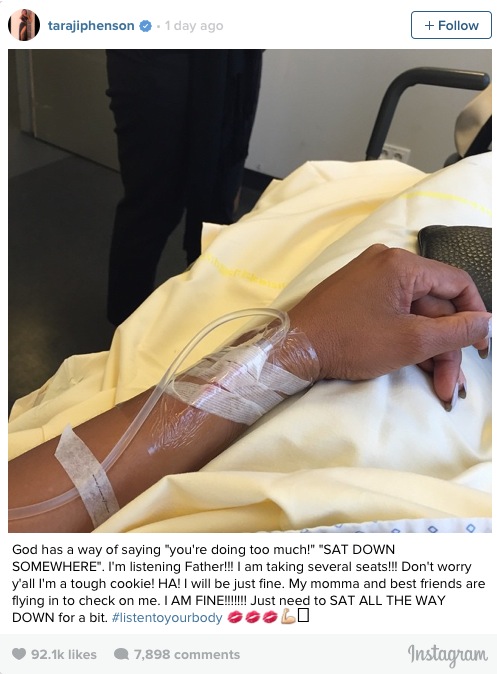 “God has a way of saying ‘you're doing too much!’” she captioned a photo of her arm with an IV drip. “I'm listening Father!!! I am taking several seats!!!”

"Don't worry y'all I'm a tough cookie!” she added. “I will be just fine. My momma and best friends are flying in to check on me.”

Due to her iconic role as Cookie Lyon on the popular Fox drama, Henson has become one of the most in-demand actresses in Hollywood.

Her busy schedule included a visit to Monaco this week to promote “Empire” at the 2015 Monte Carlo TV Festival.

The 44-year-old star was hospitalized due to a bad case of food poisoning, according to TMZ. The site reports that she had trouble keeping food down since arriving back from Europe on Thursday.