Tamar Braxton's Boyfriend Says He Is The Victim Of Domestic Violence 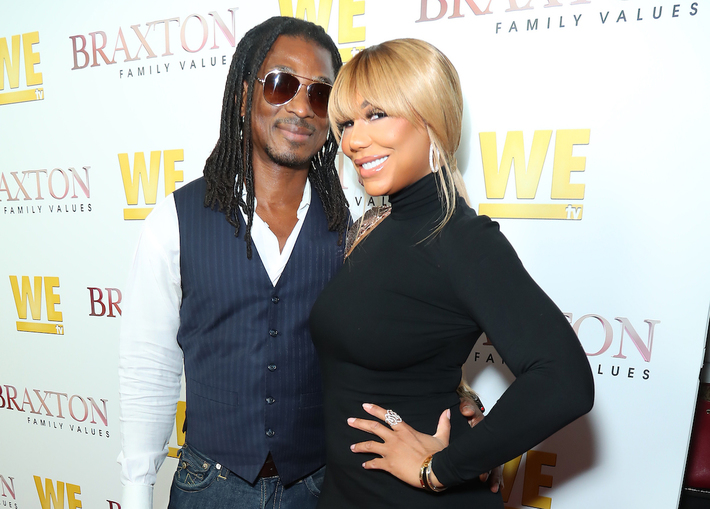 Tamar Braxton's boyfriend is breaking his silence after the reality star claimed he was the aggressor during a blowout argument that ultimately led to a police investigation and him filing for a domestic violence restraining order against the reality star.

The 'Braxton Family Values' star's boyfriend, David Adefeso, addressed the situation during an Instagram live, where he was clear he never put a hand on Tamar, and he is the victim of an 'attack' at the hands of the reality star.

David filed a domestic violence restraining order against Tamar, to which she responded, he was the aggressor and she only got physically with him after he 'grabbed' her on the arms.

David Adefeso described the violent incident which prompted the restraining order filing, saying, "I've been a victim of domestic violence, of domestic assault. I was attacked."

According to David, he was "driving at high speed" in his Rolls Royce when he was unexpectedly "attacked with a blow to [his] neck by Braxton. In the video, he shows viewers a fist hitting just under his chin to describe the punch.

Adefeso says the blow left him 'disoriented' and confused to a point where he called his mother on the phone, who began praying for her son during the altercation.

At that point, David claims he realized he was being recorded during the incident, and says the tape has now been sent to members of his family.

Tamar Braxton claims Adefeso was the aggressor in the incident and he 'grabbed' her in the car after an argument ensued over a social media post of her 7-year-old son.

During the incident, Tamar claims David threatened to kill her and himself in a 'murder-suicide.'

But, David says he "never laid a hand on Tamar Braxton or any woman in my entire life." Adding, "I've never, ever, ever, and never will ever put my hand on a woman. I grew up in a household where my parents were married for 50 years… and my mom and dad were the most loving and kind couple... I didn't grow up in that [kind of] environment."

In the end, Adefeso says the police are now investigating the incident including $30,000 in damages done to his Rolls Royce, and the assault allegations against Braxton.