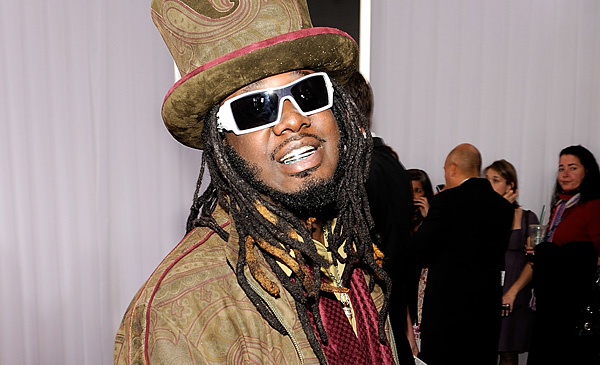 A once profitable business venture between producer T–Pain and Antares Technologies has ended in a lawsuit over the rapper/producer's association with the company's popular “Autotune” affect.

The rapper, who used to officially endorse Antares' auto-tune effect, ended his deal with the company in June and formed a new company with Izotope, to promote his own line of "T-Pain" audio effects called "The T-Pain Effect."

Yesterday (July 25th), T-Pain filed a lawsuit in United States District Court of Northern District of California, claiming that Antares continues to use his image and likeness in advertisements, packaging and marketing materials for Antares' rival products.

T-Pain, born Faheem Najm, claims that the audio company has also licensed his name and image to third parties to endorse their own products, without his permission.

According to the lawsuit, the confusion in the marketplace could substantially damage sales for his upcoming products, including a new piece of technology being produced called the “I Am T-Pain Mic."

In addition to at least $1 million in damages, T-Pain is seeking an injunction prohibiting Antares from using his name image, likeness, photograph, voice or anything else connecting him to Antares' competing "Autotune" products.

T-Pain is also seeking a full accounting of all sales related to Antares infringing products.