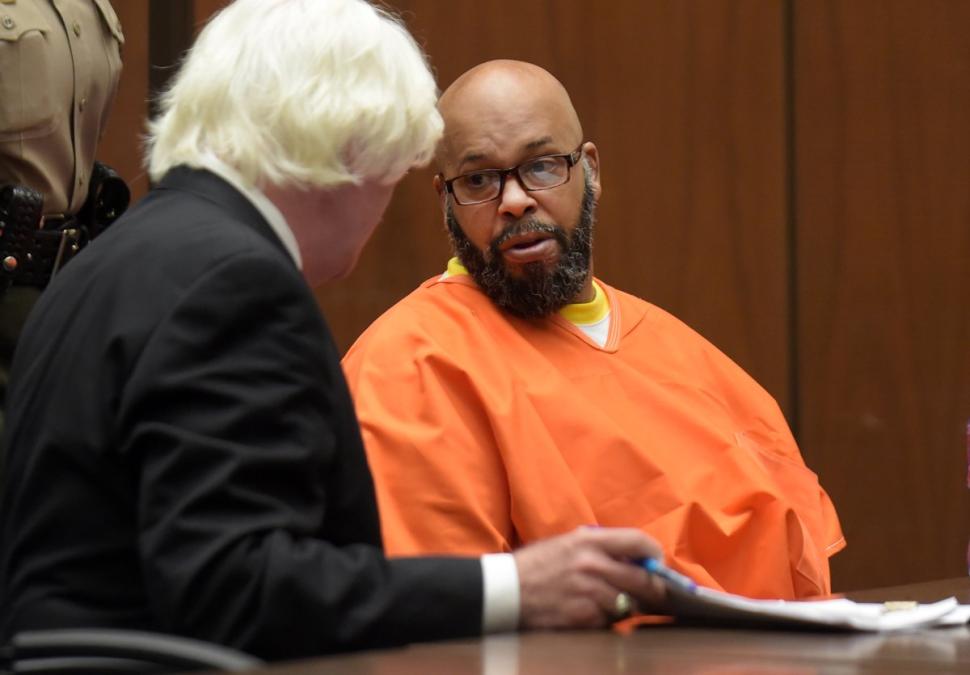 The 90s rap impresario made the final decision last night after meeting with Mesereau while in jail on his pending murder case, a source told the Daily News.

Mesereau is best known for successfully defending the King of Pop in his blockbuster 2005 child molestation trial.

"I have had hours of discussions with Mr. Knight, and I am convinced he's innocent," the white-haired lawyer said outside a Los Angeles courthouse Friday.

"This case is going to be tried in the courtroom, not the media," he said. "No further comment."

Mesereau is the fourth lead attorney to take control of the case after it started with James Blatt in January, switched to former Death Row Records lawyer David Kenner weeks later and was helmed by criminal lawyer Matthew Fletcher during testimony at a preliminary hearing in April.

Fletcher said he was informed of the switch Friday morning when he arrived in court to argue a motion to dismiss.

"I wish him good luck," Fletcher told The News after Knight appeared in court and formally hired Mesereau.

Knight is due back in court July 7 for a follow-up hearing.

A preliminary hearing in that case, which involves comedian Katt Williams as a codefendant, was set for July 7 as well.

Knight, 50, has pleaded not guilty in both cases.

Carter, 55, died from his injuries.

Knight and Sloan had a verbal disagreement on the set of the new N.W.A. biopic "Straight Outta Compton" earlier that day, and Knight wanted revenge after he encountered Sloan and Carter at nearby restaurant Tam's Burgers and fought with Sloan again, prosecutors said.

Video surveillance and Sloan's statements to police show it was Sloan who landed the first punch at Tam's. But prosecutors say Sloan already was on the ground when Knight hesitated for several seconds before running him over and hitting Carter.

Knight's prior defense lawyers have argued that Sloan was the aggressor and was armed at the scene. Knight therefore had a right to self-defense and was in fear for his life when he drove away, they said.

The former music mogul appeared healthy Friday as he walked between courtrooms in an orange jail uniform and shackles following a refusal to appear in court Wednesday due to a reported illness.

Knight smiled at his fiance in the courtroom gallery and seemed to be in good spirits as he remained in custody on $10 million bail.