Soulja Boy has a new trainer for his much discussed boxing match against Chris Brown. The Atlanta rapper is now getting the assistance of former heavyweight champion Evander Holyfield instead of Floyd Mayweather, according to TMZ.

Wack 100 got in touch with Holyfield and made the connection happen. Soulja Boy was able to convince the boxing legend that he was very serious about this fight, so Holyfield agreed to help train him. Soulja Boy felt that Mayweather was too busy to devote any time to his training, so he sought a new trainer.

Holyfield’s involvement adds a strange new layer to the Soulja Boy vs. Chris Brown battle. Mike Tyson already aligned himself with Brown, creating a new version of the old Tyson vs. Holyfield matchup. Although the two boxing greats are on good terms these days, Tyson famously bit off part of Holyfield’s ear in their 1997 fight. 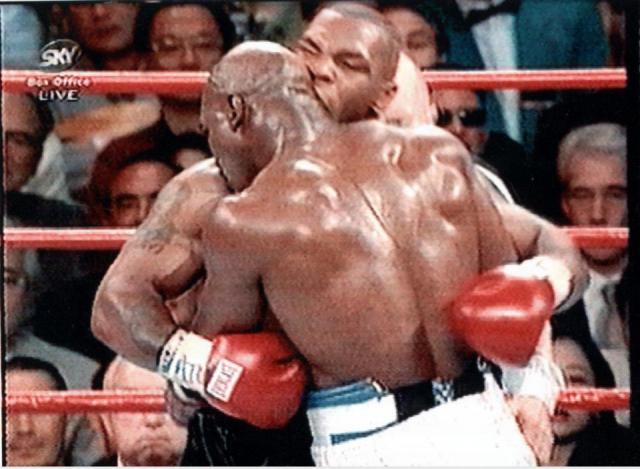 If this celebrity boxing match is ever going to happen, Soulja Boy will need to stay out of trouble. The “Crank Dat” artist was recently charged with felony possession of an assault weapon and being a felon in possession of a firearm.

Soulja Boy had a mini-Draco AR-15, which is illegal for anyone to have in the state of California. He was also hit with a misdemeanor for receiving stolen property. Police said one of the rapper’s guns was stolen from a cop car.