Big Draco hit Twitter upset that he was left off DONDA after Kanye West hit him up. Sharing text threads online, Big Soulja revealed Kanye’s heavy attempt to get him on the album by trying to coordinate their travel and Kanye calling Soulja a genius. Kanye would also state wanting to work on fashion with Soulja. The single they worked on together was “Remote Control,” which only featured Young Thug at release.

Idk how to feel, Kanye sent me that song ‘remote control’ and I don’t hear my verse on it… hmm fuck that nigga,” Soulja said in a tweet. 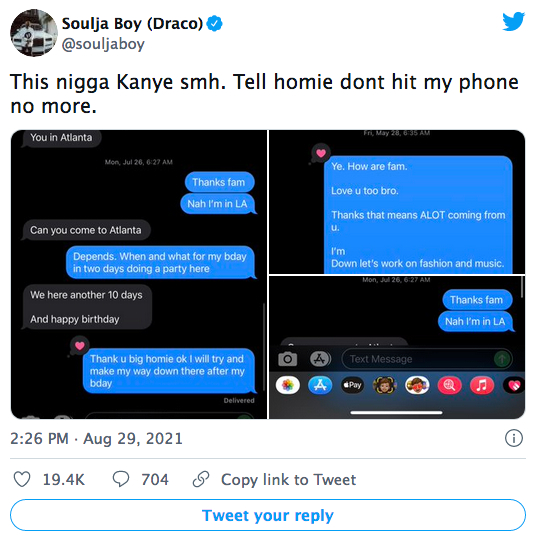 Chris Brown’s message appears to be completely different. Breezy was featured on DONDA, specifically the single “New Again.” But for some reason, he referred to Kanye as a hoe. 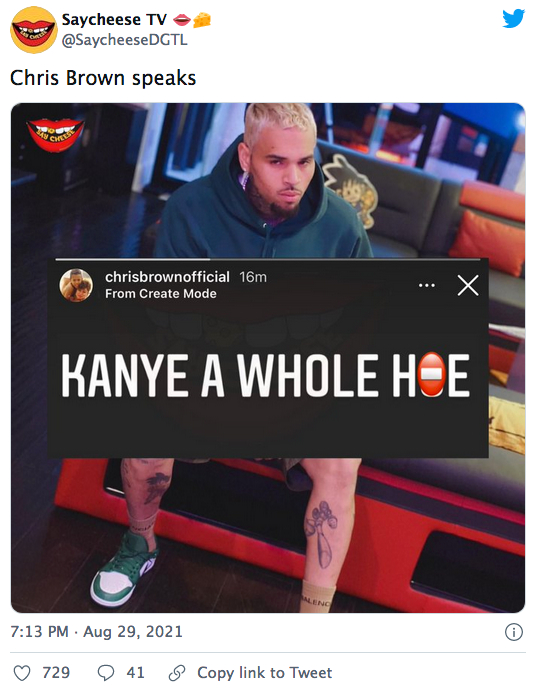